As the driving force behind Blendid, a state-of-the-art fully autonomous food robotics kiosk that combines advanced technology with healthy smoothies known as Blends, Vipin Jain leads the company while ensuring every decision stands by the founding vision.

Blendid’s mission is to bring together real food with artificial intelligence to modernize and fundamentally disrupt the foodservice industry in order to solve today’s consumer’s demands for quick, tasty, and nutritious meals while also reducing the operator’s issues or complexities and saving manual labor costs.

As co-founder and CEO, Jain has taken the company from an initial idea to an operating and very quickly growing company. Blendid was founded in 2015 in Sunnyvale, California, by Jain, an experienced entrepreneur and leader, Venki Ayalur and Vijay Dodd, both technology industry veterans. All three founders worked together and met each other at Barnes & Noble NOOK Media where they conceptualized the company and took the leap to start Blendid. They figured out robotics was the answer to recreating recipes perfectly each time and were the future of food.

Jain is an avid Star Trek and Star Wars fan who has always dreamed about crazy ideas from Sci-Fi becoming reality. Jain earned his Master of Science degree in Physics & BS in Electrical & Electronics Engineering at the Birla Institute of Technology and Science in Pilani. Following his time at BITS, he held various engineering development and project management roles at AT&T Bell Labs, IBM.

For three years after, Jain was the principal architect of the Technology Development Group at 3Com Corporation. He then went on to co-found Telseon, a metro broadband service provider that offered services at one tenth of the cost compared to then incumbent service offerings—the company was later acquired by OnFiber/Qwest
Communications. Following the acquisition, Jain was the incubator, VP, and general manager of wireless business at Extreme Networks that made large scale deployment of wireless network a breeze in enterprise environments.

After Extreme Networks, he co-founded Retrevo, a consumer product discovery and eCommerce company recognized by Time Magazine as the Best Shopping Website of 2011—the brand was acquired by Barnes & Noble six years after Jain joined. He stayed on with Barnes & Noble after the acquisition where he Ied sales and merchandising for NOOK for over three years as VP of sales, customer care & partnerships. After meeting Ayalur and Dodd, the three entrepreneurs left Barnes & Noble to start Blendid and fulfill their dream of creating an innovative company that uses robotics and artificial intelligence to revolutionize food prep and serving.

Some of the best advice he ever received was from one of his bosses on taking a risk and being an entrepreneur said, “This is a million dollar MBA you can’t get anywhere else.” Vipin’s advice to other entrepreneurs is to take every experience to learn, absorb, and stay. 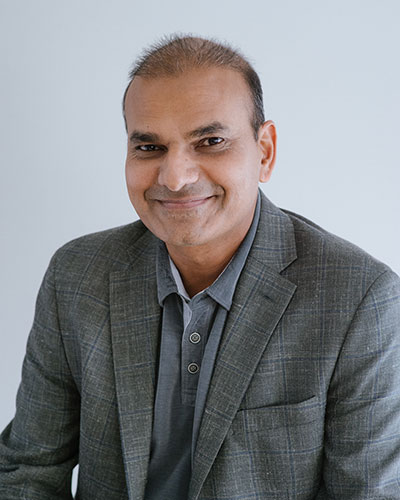