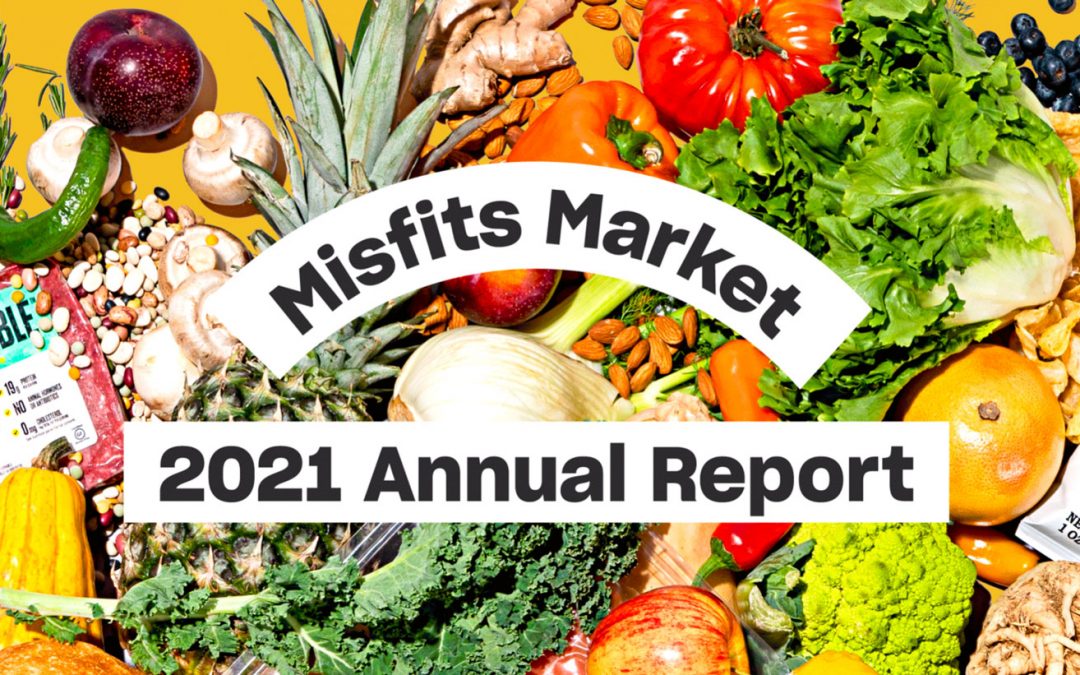 Misfits Market unveiled its 2021 annual report on the heels of a major new fundraise. In short, customers have found a lot of beauty in the “ugly” food delivery service.

The company launched in 2018 in Philadelphia, hand delivering fruit and veggies that grocery stores wouldn’t sell. As founder Abhi Ramesh called it, it was a “mystery box of organic produce.” What started with sustainability-minded folks looking for affordable produce has continued to evolve into an all-in-one convenient grocer.

According to the company, its more than 400,000 customers across 44 states and 38,000 ZIP codes have saved 228 million pounds of food from going into landfills. That adds up to more than 11 million orders since the first delivery in 2018. Last year was an especially busy year for the company.

“Over the past year, we have focused on two areas to achieve our mission. The first is building new relationships with additional farmers and producers to expand the variety of products we offer so Misfits Market can become a go-to destination for weekly grocery shopping,” wrote Ramesh wrote in the company’s report.

Lowering costs was a key goal. Ramesh wrote that the company “intentionally focused on making items that are traditionally priced out of reach.” Things like grass-fed meat, organic cheeses and vegan products. It also added new dairy, bakery, meat and seafood as well as expanded the company’s pantry staples to go well beyond less-than-attractive produce. In February, the company also added wine.

As it was expanding its offerings, it entered 10 new states with plans to cover “every ZIP code in the lower 48,” wrote Ramesh.

The report highlighted lower costs of high-quality produce like organic zucchini—47 percent cheaper than traditional grocery or 67 percent off some healthy crackers. The food rescue efforts also returned $90 million back to farmers in 2021, (70 cents per pound, according to the report).

The report did not mention the $225 million Series C round led by SoftBank’s Vision Fund. In all, the company has raised $526.5 million with a valuation of $2 billion.

“We believe Misfits Market has a deep understanding of the inefficiencies in the food supply chain and are building their own from the ground up to radically change the way food makes its way to the consumer,” SoftBank Managing Partner Lydia Jett said at the time.

Since the investment, Ramesh has said the company will hire 1,000 more people over the next year to continue its aggressive expansion plans.