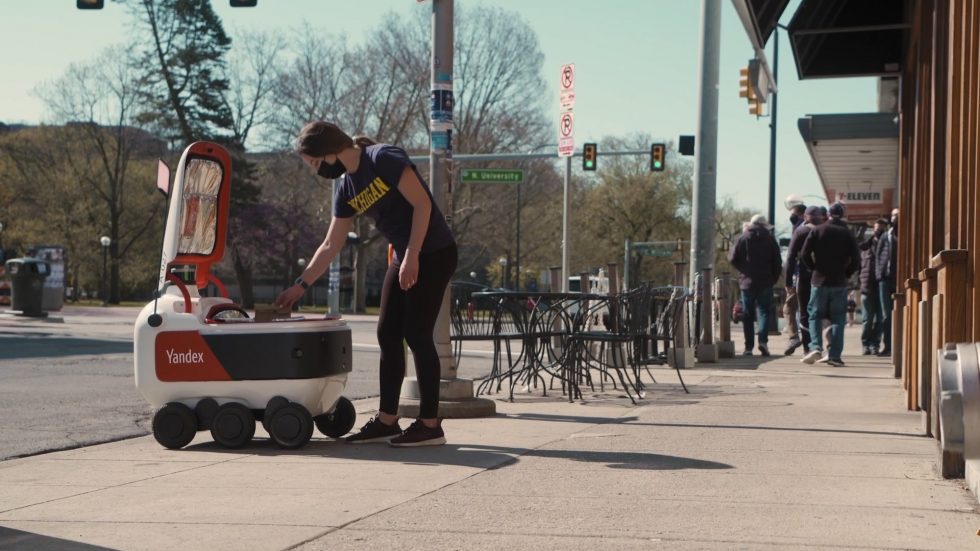 Just eight months after announcing a robotic delivery partnership with Yandex Self-Driving Group, a division of the Russian multinational tech group, Grubhub has severed its ties in the wake of Russia’s invasion of Ukraine.

First announced last July, Grubhub signed a multi-year partnership with Yandex to enable faster, more cost-effective deliveries via robots on U.S. college campuses. According to a press release announcing the deal, Yandex autonomous bots were to join Grubhub’s college delivery program that includes partnerships on more than 250 U.S. campuses, giving students the ability to integrate meal plans directly into their Grubhub accounts to access restaurants on and off campus.

Grubhub is a subsidiary of Just Eat Takeaway.com, the largest third-party delivery provider in Europe.

Joining a wave of multinational companies that have ceased operations in Russia or ended partnerships with Russian firms, Grubhub’s announcement adds to the growing isolation the country is facing as sanctions ramp up and several countries launch formal investigations into suspected war crimes committed inside Ukraine’s borders.

“We will be ending our partnership with Yandex,” Grubhub said in a statement to Food On Demand. “We take seriously our commitment to the universities that we partner with—and ultimately the student diners who order from the Grubhub platform—to make food ordering and delivery available on campus. We’re working with our campus partners on alternate service options as we shift away from Yandex over time.”

The Reuters story said that Grubhub “did not mention Ukraine” in its statement, but added that a Yandex spokesperson confirmed the partnership had ended.

Back in September, Uber sold its ownership stake in a handful of joint ventures with Yandex, including a 33.5-percent stake in its grocery delivery service.