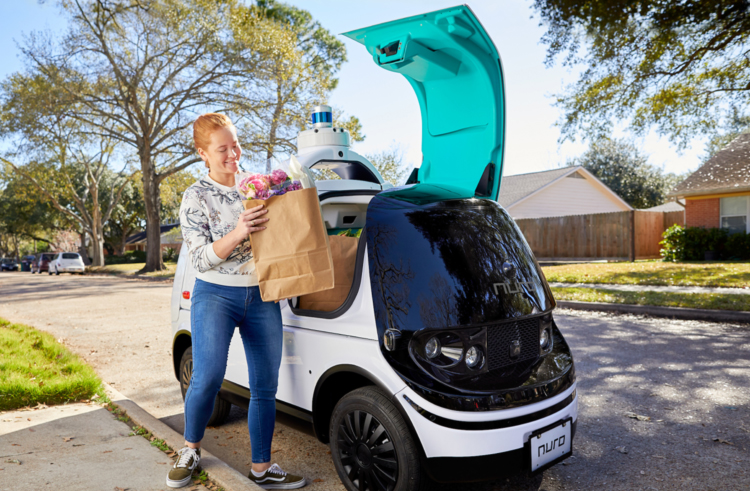 Chipotle has invested in Nuro, a California-based autonomous vehicle manufacturer that’s been making news ever since its founding in 2016. Known for delivery vehicles that are similar to Smart cars, it has tested deliveries with Domino’s, grocery stores and others, and it’s also among the few road-based autonomous vehicle companies with regulatory approval to operate on roads and, in some cases, on bike lanes in the United States

Nuro’s vehicles typically drive right up to the customer’s curb, alert them upon arrival and make their goods available by opening a door.

The company conducted a major fundraising round in 2019, but its most recent round announced initially in November has grabbed some attention for one big reason: Chipotle joined on. The burrito giant and savvy off-premises operator joined Nuro’s Series C round as a late addition.

The exact details of Chipotle’s participation in the investment were not made public, but, altogether, Nuro said it was a $500 million round. That brings the total money raised by the company to $1.5 billion. That’s a nice chunk of change, and certainly elevates the company’s valuation to the tune of $5 billion, according to financial analysis firm Pitchbook.

The addition of Chipotle to its team of backers, however, is a serious nod from the restaurant industry that this kind of autonomous delivery is one foil-wrapped step closer to reality. In an interview with financial news outlet Cheddar, however, Chipotle CFO Jack Hartung said actual deliveries are still a few years away.

“It’s a few years out, but we think it’s within probably a five-year time frame,” Hartung said in the interview. “We think that investing in technology in general, which we’ve done a lot over the last three or four or five years, we think that’s really paid off for us not only during the pandemic, but even before the pandemic.”

He explained that, even then, it’s not a solution for the dense urban areas where third-party delivery flourishes. The Nuro vehicles can take care of the last mile, but that last 50 or 100 feet are tricky. He said he expects it to be a better solution for suburban areas where Nuro already operates among mostly single-family homes and with customers that are OK walking out to the curb to get their groceries or burritos.

Woven Capital also joined the fundraising round. It marked the first investment for the Toyota subsidiary that seeks to invest in mobility technology. The firm highlighted the industry partnerships as a key thesis for its investment. Nuro already has partnerships with CVS, Walmart and Domino’s has tested the vehicles.

“Nuro has proven itself to be a true leader in autonomous vehicles for local goods delivery,” said George Kellerman, managing director of Woven Capital. “Between their state-of-the-art technology and powerful partnerships with leading U.S. brands, they are revolutionizing everyday commerce.”