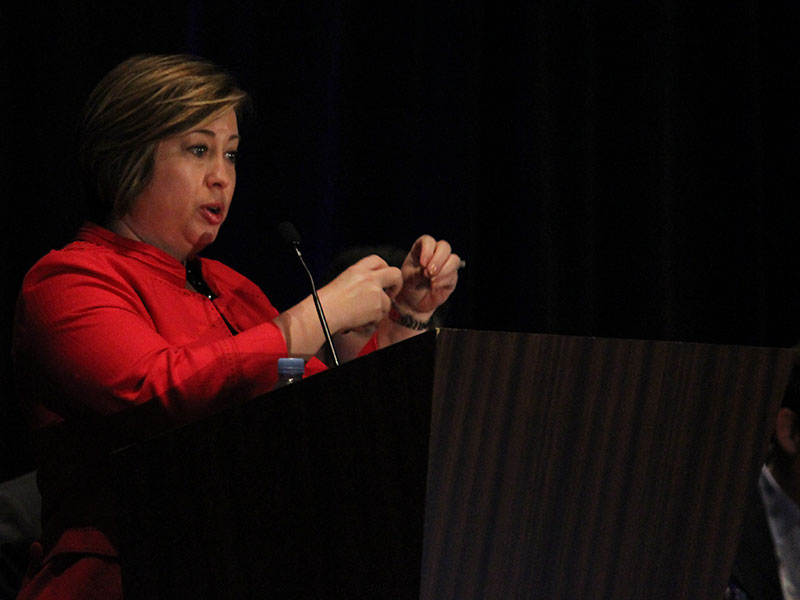 When Denny’s management decided to “age-down the brand,” off-premise dining was one avenue, however, “we knew we had a challenge with packaging,” Dave Coltrin, VP Guest Experience & Marketing Tech, at Denny’s said.

About 6 percent of sales for the 24-7 brand known for their breakfasts was already off-premises, he said, but various menu items didn’t travel well, especially breakfast items, and their packaging was outdated.

So when the franchise chain launched it Denny’s On Demand program last year with multiple carriers, they had already worked out the logistics. They started with defining the Denny’s experience in the diner booth, on the road, and at home.

The challenge was how to package a variety of items from a Grand Slam breakfast to a hamburger so there was no leakage or sogginess and food retained heat. The end result was adding 18 brand new SKUs.

The breakfast dilemma was solved with a bowl for the bacon and eggs, with a shelf above it for the pancakes, he said.

The new packaging has even been a way for the brand to show off its personality by incorporating customers’ tweets on the top of the boxes.

Before the delivery craze, packaging’s job was to keep hot food hot and cold food cold, Lynn Dyer, president, Foodservice Packaging Institute. Now that role is being pushed into maintaining quality during road trips that can exceed 30 minutes. “We hear stories about drones and we think how are you going to package that up,” she told the audience.

For Michael Thaler, executive vice president of marketing for Anchor Packaging, the needs of both the operator and the consumer have transcended from just hot and cold to environmentally friendly and tamper resistant. Plus in this world of Instagramable food, packaging also needs to be a walking billboard or one that tells a story, as in the case of McDonald’s in Australian, where the chain used their packaging to share where the fish and beef were caught or raised.

One of the big challenges, Dyer said, is how to have packaging that’s good for both in-store and delivery, because many restaurants won’t have space for both.

When restaurants change their packaging, especially if there are multiple locations as in a franchise, they need to be cognizant of the fact that it will have to be rolled out over a term of months. Chick-fil-A took three months to change over, Thaler said, “because operators didn’t want to throw anything away. So they could phase out and make the transition. “