Will Waitr Become the Walmart of Third-Party Delivery? 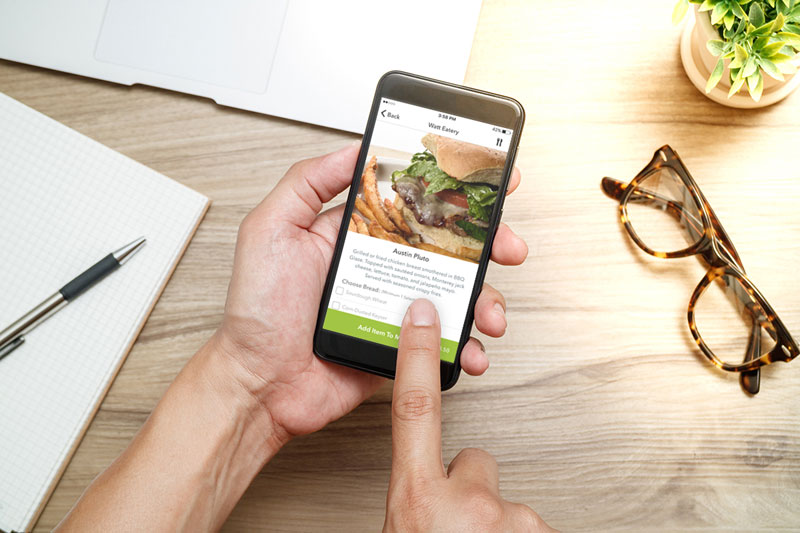 Waitr may not have been top of mind just a few weeks ago, but the Lake Charles, Louisiana-based company will soon be in the limelight as the second publicly traded, third-party delivery network.

The company has grown to 70 delivery markets offering a unique take on third-party delivery. Instead of attacking major markets, Waitr is going after smaller markets with 50,000 to 70,000 people who have the same smart phones, same restaurants and same desire for convenience as larger markets. Until recently, they were mostly living in the old world of delivery—pizza and maybe Chinese food.

While UberEats, Grubhub, DoorDash and the other regional players battle over the urban delivery customer, Waitr Founder and CEO Chris Meaux says they have lots of white space.

“We’ve identified over 200 markets just in the 11 states that we service today,” Meaux said. The key to a good market isn’t a large population, but the old economics’ basic of supply and demand.

“We look for a good mix of restaurant types, so a mix of barbecue and Chinese and sushi and American food,” said Meaux. “Go to these smaller markets where there’s a lot of hungry diners and a lot of good restaurants, and bring them together.”

He’s identified some 1,000 markets across the country in which Waitr could thrive, such as Birmingham, Alabama; Little Rock, Arkansas; Athens, Georgia; and Slidell, Louisiana. If it sounds a little familiar, Waitr is traveling a well-known path to success.

“In the ‘60s and ‘70s, there was a retailer expanding into these markets,” said Meaux. “Now they’re the largest retailer in the world…that’s our strategy.”

If you can’t guess who he’s talking about, here’s a hint: The company Meaux is mimicking starts with “Wal” and ends with “Mart.”

With all that white space, its smart strategy and the current frenzy for M&A, it was just a matter of time before someone grabbed Waitr.

The company was acquired by Landcadia Holdings, in what’s known as a SPAC merger, where a special-purpose acquisition company (Landcadia in this case) is formed on the public stock exchange and acquires a company down the road. Waitr will become a wholly owned subsidiary of Landcadia and is expected to trade on the Nasdaq stock exchange. Behind Landcadia is Tilman Fertitta, the leader of Golden Nugget Casinos, the Houston Rockets and Landry’s restaurants.

It was discussions with Landry’s operators that the ball rolling. And from there it was a sprint to the final deal, valued at $308 million.

“Believe it or not we pulled this together in about three weeks,” said Meaux. “They got wind that we were going out to do a capital raise and they had this special-purpose acquisition company. They wanted a high-growth company and wanted to get into the delivery space. They asked their operators who was the best service to work with, then came and talked to me the same day.”

For those outside the deal world, that timing is an absolutely breakneck pace, but with a fast-growth company, Meaux said it’s just par for the course.

“We’re a high-growth startup, so we’re used to this sort of stuff,” said Meaux. “But I’d be lying to say it wasn’t exciting, I still don’t think it’s really hit me that this actually happened. It was an easy decision to make.”

He said he’s most excited about the strategic acumen he’ll get as a Fertitta-owned brand. There are still a few final details—a few audits and some accounting tasks to finish up before the deal is officially complete—but investors can start getting in on the action soon.

How is Waitr Different?

There’s a big question of why Waitr. There’s an abundance of these regional players doing good work. But Waitr’s system seems to work perfectly for its smaller markets and delivers some real value to both restaurants and consumers.

First, it’s not the typical partnership between restaurant and network. Generally, the larger players will send you a tablet, ink the deal and you’re in the mix. But Waitr slows that down a little bit. “There’s a lot of qualitative benefits,” said Meaux. “We (photo) shoot the entire menu for our (partner) restaurants, we do all the menu onboarding through our menu specialist; we also have software, our menu manager, that the restaurant can (use to) manage their own menu on our system.”

That’s a nice perk for smaller markets where the marketing budget to get professional photos doesn’t exist, and menu control is nice, as anyone with a menu SNAFU on one of the big networks can attest. And there are seven layers of customization in the system, far more than the one or two at the major players. Waitr drivers are also on the books and wear uniforms.

The service does, however, come with a cost; restaurants pay an up-front fee of $2,000. That’s much higher than the national players, but Meaux said those perks and an ongoing fee of 15 percent (instead of the 20 to 30 percent seen elsewhere) makes it work.

“That up-front fee is important to get the buy-in from the restaurant,” said Meaux, who added that the ROI is quick. “They get enough orders to pay that up-front fee in two-to-three weeks. It’s an easy investment for them to make.”

And it seems to resonate with restaurants, Meaux said in markets where the big guys also play, he has five- to 10-times more restaurants than the next national competitor. They’re currently adding two markets every month, and that’s going to accelerate once the ink on the big deal dries.

For those wondering how this company came not from Silicon Valley but Louisiana, Meaux is a pretty thoughtful guy with a good read on the future of restaurants. In his mind, there are some big changes coming soon.

“Customers come in today and open the Waitr app to look at the photos, so there’s no reason they can’t order there, too. So restaurants will look a lot different in the near future,” he said. “Delivery will lead that change, but I think you’ll see a lot of changes in the restaurant as well in the front of the house and how people dine in general.”