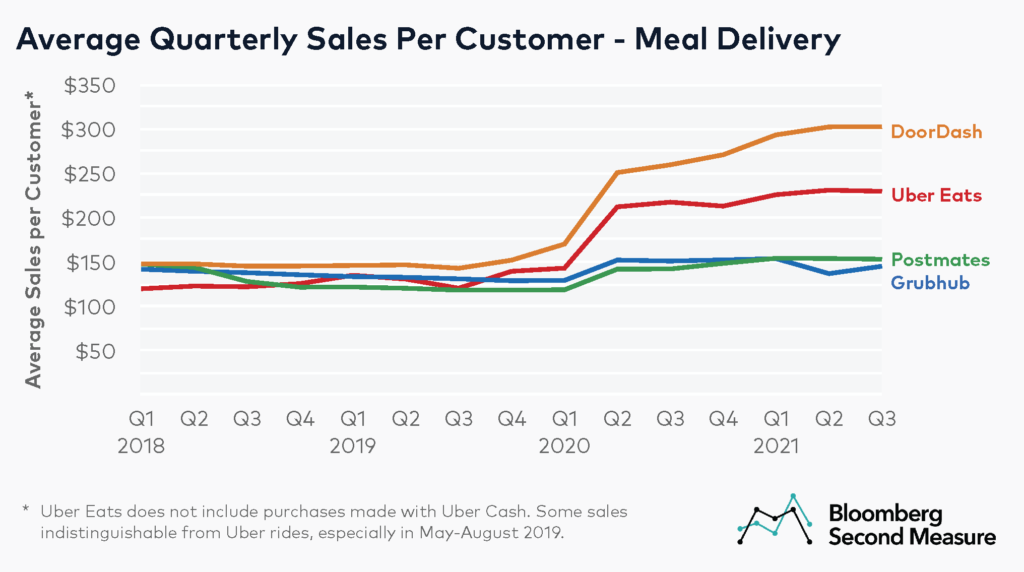 Restaurant meal delivery in the U.S. hit a key milestone before the holidays, as 50 percent of American consumers have now ordered from one of the major meal delivery services, up from 44 percent a year ago, according to the latest figures from Bloomberg Second Measure. 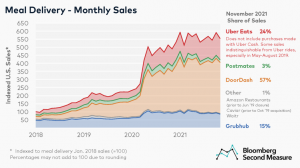 More recently, Grubhub, which was once the U.S. meal delivery market share leader, was acquired by Europe’s Just Eat Takeaway.com, which was another mile-marker in a two-year period marked by mergers, acquisitions, mega-partnerships and new entrants, including from rapid grocery delivery providers.

Bloomberg’s numbers also show that average sales per customer are on the rise at meal delivery companies, most notably DoorDash and Uber Eats. 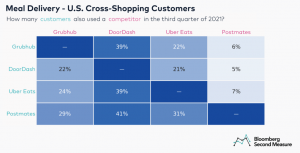 The report noted that all of the services have a lower percentage of exclusive customers than they did two years ago. Interestingly, with DoorDash being so dominant, it’s the provider most likely to nab customers from its competitors, with approximately 40 percent of each company’s diners also ordering from DoorDash during the third quarter of 2021.

“As more restaurants form exclusively delivery partnerships, more diners are going to have to hop between apps to cover all their favorite takeout spots,” Bloomberg Second Measure concluded. “The least loyal customers, it seems, will also be the most well fed.