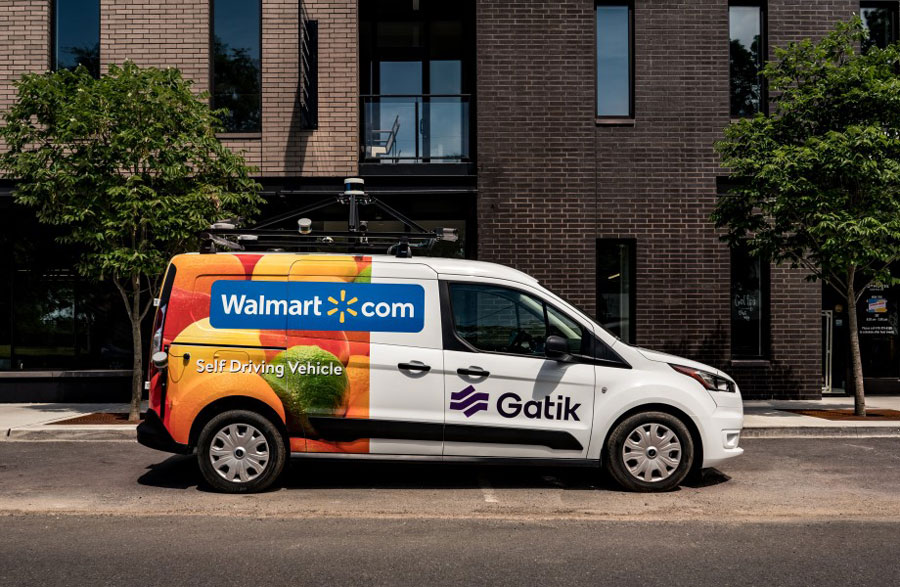 Walmart is expanding a test with automated truck startup Gatik and will remove safety drivers for fully autonomous, human-free deliveries.

Gatik’s autonomous trucks will be heading to Louisiana for an expansion to a second market with Walmart. The partnership began last year with a pilot in the Walmart home base of Bentonville, Arkansas. Since it began, Gatik trucks have driven more than 70,000 miles autonomously, but with a safety driver for any potential hiccups. The trucks have ferried goods from a Walmart “dark store” to one of the company’s small-format locations known as neighborhood markets.

Gatik will do largely the same thing in the Louisiana market, but the big news is removing safety drivers.

“In 2021, we will be removing the safety driver from our vehicles and undertaking driverless deliveries with Walmart on this route in Arkansas, as well as expanding our operation with Walmart to a second location—Louisiana,” wrote CEO and co-founder Gautam Narang. “This achievement marks an historic technological and regulatory milestone for the industry, signifying the first ever driverless operation carried out for the supply chain’s middle mile.”

That’s a key area of innovation for companies like Walmart or other major retail outlets. Getting things from a dark store, i.e., a distribution center, to a satellite location efficiently is always important but not typically a full-time job. The middle mile at Walmart, for instance, requires customers to make same- or next-day orders for pickup at those satellite locations.

If there are no orders, there’s no need for a driver, but if there are lots of orders, it could require a lot of trips and multiple drivers. That variability means automating the process can unlock a lot of value.

“With a drastic rise in e-commerce, driven by rapidly evolving consumer needs and compounded by driver shortages, the middle mile has been a thorn in the side of major retailers, and one which can only be solved with automation,” wrote Narang. “Driverless operations will enable our customers to realize the full potential of autonomous delivery: significant cost savings which can be passed onto the consumer, a high-functioning hub-and-spoke distribution model and short delivery times which keep consumers satisfied.”

According to Walmart, the next phase of the test will automate a 20-mile route between New Orleans and Metairie, Louisiana. At the outset, the new route will include a safety driver.

Those fixed routes are essential to go from a pilot to fully autonomous in two years. The company was able to fully automate the process because unlike other startups that promise to make scores of deliveries to consumers, Gatik trucks make the same trip over and over and over. That must be exceptionally dull for the safety driver, but it’s also exceptionally safe for everyone else.

“It’s an approach we refer to as structured autonomy. It’s safe and efficient because it enables us to constrain the challenge of autonomy, thereby heavily over-optimizing our delivery routes and minimizing edge-cases,” wrote Narang.

The expansion is not exactly sexy for the consumers, but this model has a lot of promise for all sorts of restaurants and retailers. As more and more retailers shed square footage, storage gets very difficult. Re-stocking a kiosk or small-format operation multiple times a day from a low-cost warehouse or distribution center makes a lot more sense when the deliveries drive themselves.