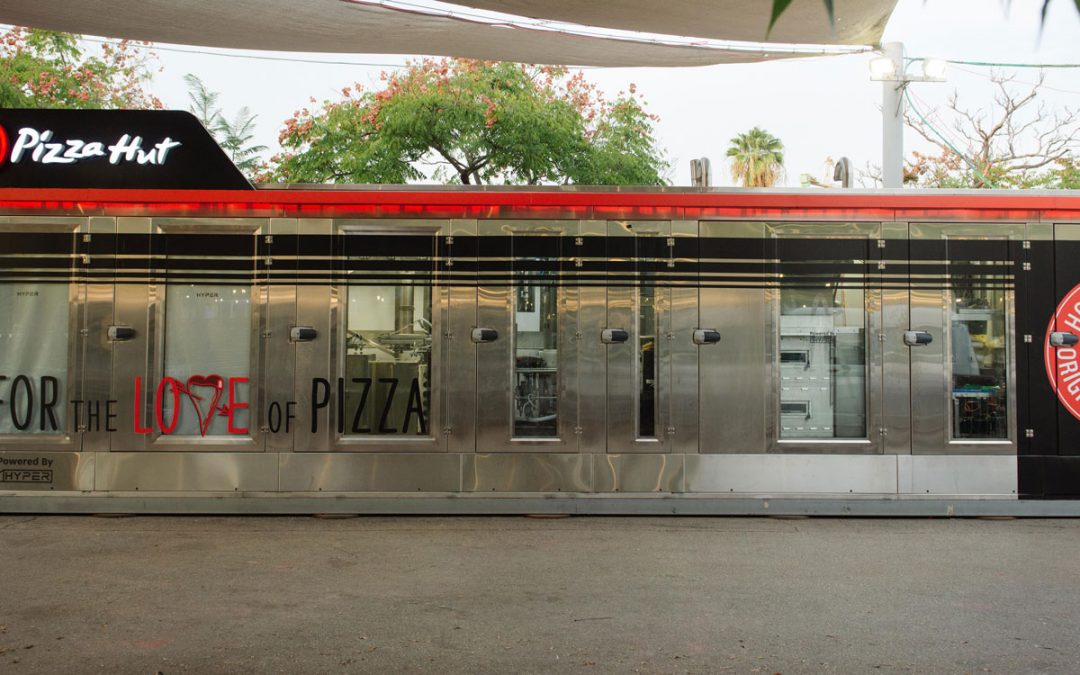 The pace of innovation around automated foodservice is nothing short of explosive. Hyper Robotics is pushing the limits with a near fully-automated Pizza Hut restaurant, but wants to translate that pace into scale for new brands.

Shamai is no stranger to scaling technology or restaurants. He also co-founded restaurant AI company Dragontail and serves as the president of Pizza Hut Israel, his second pizza leadership role after serving as CEO of Domino’s Pizza Israel. 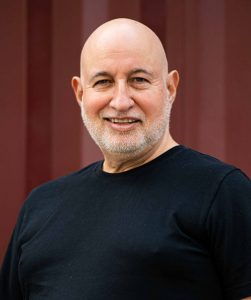 In his more than 30 years in the restaurant space, he’s helped brands grow the hard way: location by location. In 30 years, he helped stamp out a few hundred locations. With Hyper Robotics’ fully autonomous kitchen, he wants to dramatically shorten that timeframe.

“When you build a chain, usually you build one store and you train people for your stores and more and more. You look for locations, get an architect and build them out all different. To build up 100 to 200 locations, it takes five to 15 years, we do this in two months,” said Shamai. “You can buy Hyper, place them anywhere you want, plug them into electricity, water and a sink, and you have a chain in one day.”

You can’t exactly buy Hyper Robotics today, but the pilot restaurant is operating. There is a single location in an Israeli mall. The 40-foot container is packed with mechanical gizmos that add toppings and cook the pizza. It’s operated with input 120 sensors, 20 AI-powered cameras from Dragontail and it’s plugged into the location’s ordering and digital infrastructure. The output is a fully cooked, boxed pizza in a drawer, ready for delivery or pickup.

The biggest challenge for the three-year-old robotics startup was cleaning the overwhelming number of parts and surfaces. Instead of chemicals, Shamai said the company uses ozone-infused water to flow everywhere and clean the machine without harsh chemicals.

He shared a video of the bot in action on LinkedIn.

As cool as it looks, Shamai said there is a lot of work to be done to replicate everything he does at his other human-staffed Pizza Hut locations. Right now, there are only eight toppings available, it produces smaller pizza sizes and requires a human to feed in the dough.

So far, the proof of concept draws a huge crowd and has grabbed a lot of attention in the industry. Shamai was reluctant to name names, but said he’s working with a couple U.S.-based pizza purveyors, one of the third-party providers and a multi-national, multi-brand franchise company.

The next iteration won’t be larger, but it will include a dough cabinet, all the toppings you can imagine and larger pizza formats. He also teased new cuisines that will come out of the Hyper Platform, including a burger concept and a bowl-based concept. And that’s the real power, having a single automated kitchen that can cook multiple food types with few or potentially no mechanical updates.

There are some obvious labor savings, too. In this phase, that is not the case. Hyper Robotics operates the automated Pizza Hut just three days a week, because, at this phase, there is a team of engineers and a throng of people all around watching the machine work. When the second version rolls around, he expects lower prices and the potential to drop 20 percent of sales to the bottom line.

“Whoever buys the autonomous store, it’s a game changer. I think the prices for food will go down a lot. The prices of pizza will decrease, for sure. They could drop 25 percent, if you ask me. In some areas, where the rent is lower for the store, you can see even higher margins,” Shamai added.

Lower costs or higher margins will be up to the automated brand, but both are nice.

He sees additional potential in dark kitchens and through third-party aggregators where ” lot of money and can force the market to react.” He also sees a lot of potential in C-stores as the world eventually moves away from gasoline.

“The gas station is moving [to] electric, so people will have a lot of property there. There, we’re thinking of moving into a chain or a new brand with pizza and hamburgers on their properties and using the real estate for that,” said Shamai.

He’s on track to have six locations operating in the U.S. this fall. He’s moving fast to get ahead of a wave of autonomous food competition. Though, he said, the big opportunity isn’t putting bots in the kitchen, it’s replacing the kitchen completely.

“Everybody is looking to change existing restaurants, that’s smart, but I think it’s very difficult because the restaurants are not build for it. The other thing, people don’t want to work next to robots. It makes some noise is annoying. The other thing, you’re still dependent on human mistake, if you don’t have to flip the burger, someone still has to feed in the burgers,” said Shamai. “You don’t change a lot when you automate a station. When you do it fully automated, it’s very net and very lean, if seeming is wrong it’s someone on the outside screwing the thing up or pushing buttons.”

There will certainly be room for all the automation out there, but Hyper Robotics vision of fast-scaling is certainly grabbing attention from investors and big-name clients ready to do away with the kitchen completely.