Boning Up on a New Way to Deliver Daily Health 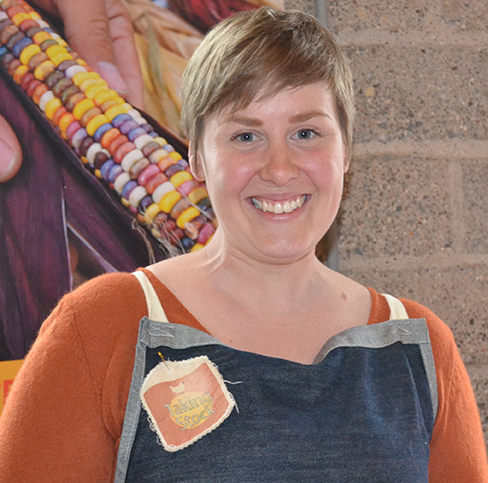 Molly Clark started with the bare bones when she launched her new company. It originally was a soup company with the clever name, The Twin Cities Stock Exchange, but as she and her business partner, Maddy Kaudy, read more about the benefits of bone broth, they shifted gears. They moved to the equally clever name, Taking Stock Foods, and began focusing on drinkable bone broth.

While “drinkable bone broth” may sound unappetizing, just listen to the benefits: It has anti-inflammatory properties, promotes clearer skin and thicker hair, has 6 grams of protein and is easy on the stomach.

Ironically, the two partners who now work exclusively with organic chicken bones met while working at a steak restaurant in 2011. By 2015, they were cooking soup together. They launched the revised company in December 2015, selling their bone broth to hungry—and cold—shoppers at the Northeast Minneapolis Winter Farmers Market. It comes in four recipes: vegan mushroom ginger broth (made from oyster mushrooms), salted or unsalted classic broth and ginger turmeric broth. And while the partners encourage customers to become daily bone broth drinkers, the product can also be used in recipes calling for broth or liquid.

The difference, by the way, between broth and stock is subtle. Broth is the liquid strained from cooking meat, while broth derives its health benefits from using primarily the bones as its main ingredient. Bone broth is cooked for 12 hours until the bones are soft enough to crush. They then add cider vinegar for both flavor and to break down the bones further. “By taking these measures, we create a product that has a collagen ­rich structure and a meaty flavor,” they say on their website.

The company’s tagline is “Good enough to drink” and their slogan, “Taking the time to do things right.”

Pints of broths can be ordered from their website: takingstockfoods.com and like most smart meal companies today, they have a subscription service. They ship not only to the Twin Cities area, but their frozen pints, packed in dry ice, can be shipped anywhere in the contiguous U.S. Delivery is free in Minnesota, Wisconsin, Illinois, Iowa and South Dakota.

Broth Advocate: $525 for four servings a day at$4.10 per serving (weekly deliveries).

Since they don’t want to put all their eggs in one basket, they’re continuing their presence at farmers markets in Minnesota.