Dugg Burger Finds Catering a Natural Extension of its Brand 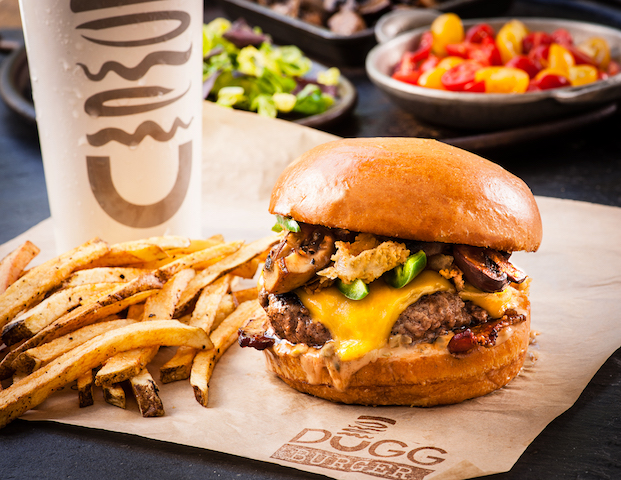 For instance, in-store traffic was down for two-unit Dugg Burger in Dallas, but they made some of it up through catering, along with being listed on multiple delivery platforms. “We’re averaging 28 to 35 orders a week at each of the stores (through delivery),” Greg Watson, head of operations, says.

Catering, however, has been a nice cha-ching in the cash register. And a bit unexpected for a burger chain.

Since they use third-party providers for their individual deliveries, who delivers their catering orders?

“Hi, my name’s Greg,” Watson says, imitating his introduction when he drops off the order.

Delivering catering orders is in his wheelhouse right now, he says, because it allows him to make a connection with business customers for future orders. “A hundred burgers isn’t uncommon (for an order),” he says. And he’s had one company looking to cater a lunch for its 350 employees, but the best place to find catering jobs is with pharmaceutical reps, who always seem to be catering meetings.

And it doesn’t hurt that he’s gregarious and likes talking to people. 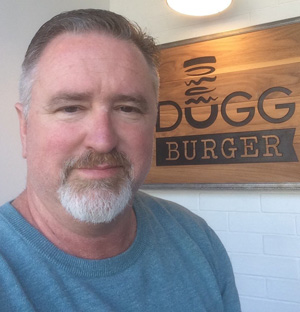 In order to deliver burgers, Dugg had to experiment with the packaging. The burgers sans toppings—the inside of the top buns are dug out in order to accommodate a variety of toppings, thus the name—are individually wrapped in a parchment paper and a foil-cushioned wrap to keep them warm, then placed in corrugated cardboard boxes, 10 to 15 to a box. Toppings are held in foil pans. Sauces come in 8-ounce squeeze bottles.

As the burgers come off the sizzling hot flat grill, they’re immediately wrapped and boxed, and the car is being loaded as the last burger exits the grill.

Fries are on the catering menu, but “we try to steer them toward chips,” Watson says. Only McDonald’s has mastered fries that carry well. “Anyone who doesn’t like McDonald’s fries is lying and you should walk away,” he says.

Catering is about 10% of their business. “Some weeks we’ve done closer to 20% —but I’d much rather have butts in seats,” Watson says. For one thing, the fast-casual restaurants aren’t allowed to deliver alcohol.

Dugg Burger is in the process of looking for a third location in the Dallas area, but Watson says, that while brick and mortar is important, they can exist online. Which is where their Chicken Sandwich Project comes into play. People can order the fried chicken sandwich online at Chicken Sandwich Project and it will be delivered from the Dugg Burger kitchen. “We’ve confused delivery drivers, but not consumers yet,” he says. Dugg Burger also has chicken sandwiches on the menu.

And while he laments the delivery fees he pays to third-party delivery companies, he’s philosophical when he says, “You can’t stop this wave. The best thing you can do is get on your surf board and ride it.” After all, he says, the third-party deliverers deserve to make money, too, “they provide a necessary service.”

And the good news is thanks to all the moving parts, they’re not losing money. “You just have to work harder to make that nickel,” he adds.