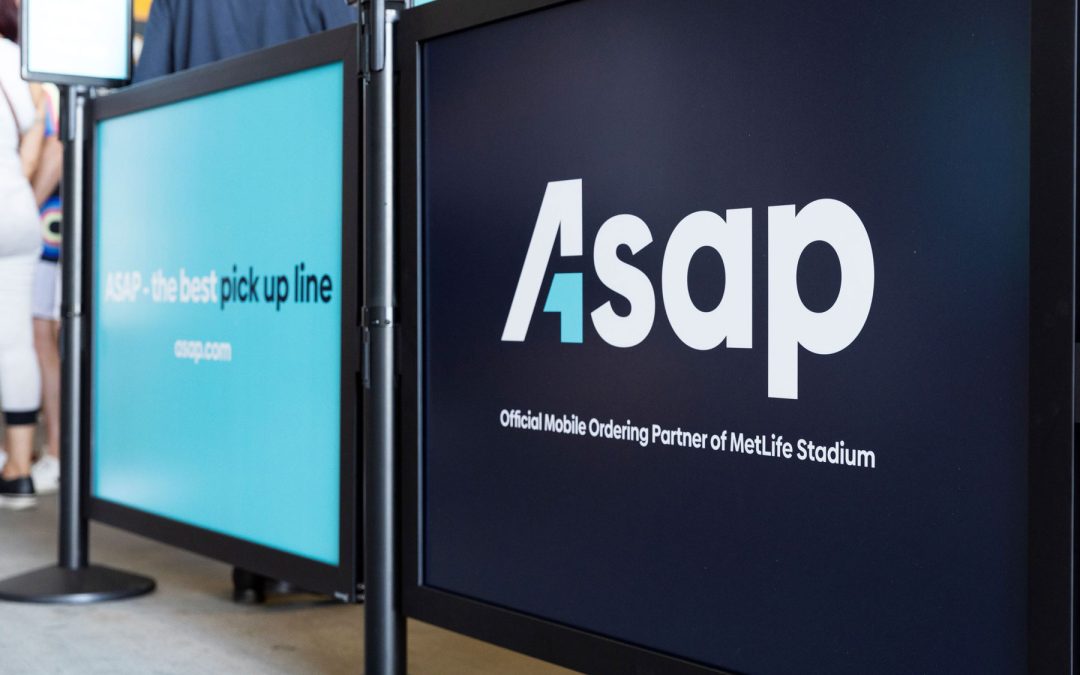 Waitr Holdings will soon officially be known as ASAP, and the company has a new deal with MetLife Stadium and both NFL teams that play there.

Waitr inked a five-year deal to serve as the “official and exclusive mobile ordering partner of the New York Jets and New York Giants and MetLife Stadium.”

CEO Carl Grimstad said the rebrand, announced earlier this year, will happen in a matter of weeks. And the partnership move will be a milestone for the company’s in-venue ordering.

“Partnering with MetLife Stadium to deliver an exciting, new and convenient service to their fans marks an important milestone for us,” said Grimstad in a press release. “First, our proprietary in-stadium ordering technology will offer millions of sports and music fans each year an improved fan experience, allowing them to ‘skip the wait’ at concessions stands and other vendors throughout the stadium for their favorite food and drinks.”

The official partnership with the stadium and teams will serve as a foothold in the New York and New Jersey markets. It also emphasizes a new broader approach to delivery to include same-day delivery for alcohol, apparel, luxury goods, sporting goods, auto parts and electronics on top of food.

“Second, it will allow us to launch our best-in-class delivery services across the Tri-State area for those who don’t want to—or can’t—leave their home or office. And finally, this partnership will be a catalyst for us to expand into other major cities and venues nationwide,” continued Grimstad.

“The addition of mobile ordering has been an important part of our enhanced concessions experience and partnering with Waitr to use their best-in-class ASAP platform will continue to expand what we can offer to our fans at games and concerts going forward,” said Guelli.

The functionality will be integrated into the team apps for NFL games and non-football attendees will be able to use QR codes to access the ordering functionality. The stadium launched the functionality last week for an Elton John concert.

The company already has similar partnerships with the University of Alabama, LSU, a number of regional baseball stadiums and the New Orleans Saints. Grimstad said there will be more partnerships like this to come.