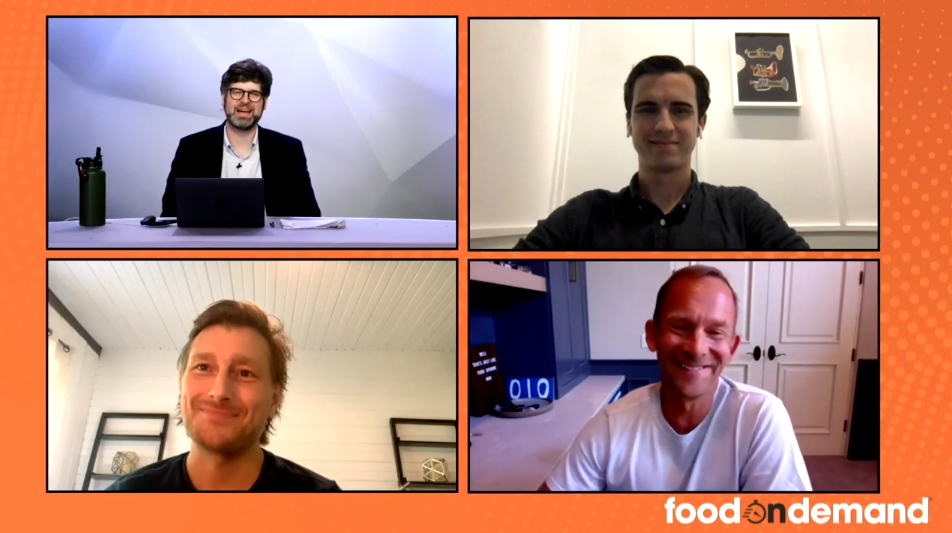 Native delivery has emerged as one of the biggest themes of the year, said Food On Demand Editor Tom Kaiser, as restaurant operators seek to improve the economics of delivery and maintain more control over the experience.

“The economics of third-party delivery are much different when it’s 10 or maybe 20 percent of your restaurant’s overall volume,” said Kaiser. “When it’s such a small portion of the total, paying 30 percent, give or take, for the marketing and actual deliveries is a great solution for reaching new customers and raising the profile of your restaurant. At 70, 80 or even more than 90 percent of a restaurant’s volume, there are very few places that can sustain those economics paying so much per order.”

Native or in-house delivery was the focus of a day-three discussion during the Food On Demand Conference August 12, with Figure 8 Logistics co-founder Scott Landers; Mexicue restaurant owner, Thomas Kelly; and Marty Hahnfeld, chief customer officer at Olo, detailing many of the advantages.

Landers, whose Figure 8 Logistics serves as a delivery-focused consultancy, emphasized the opportunity for restaurateurs to control their e-commerce marketplace and get closer to customers. Without controlling the marketplace, which in many cases is dominated by third-party delivery services, “there’s always someone or something between you and your guest,” he explained. By having customers order through a restaurant’s app or website, that control then extends to the kitchen, to technology integration, logistics and, eventually to “a direct relationship with that guest.”

Consumers, too, want that relationship, said Landers as he referenced a survey from analytics firm Sense360. About 63 percent of people ordering delivery prefer to order directly from the restaurant. That’s versus 18 percent who said they prefer ordering through a third-party delivery service, and 20 percent who said they have no preference.

Olo’s Hahnfeld pointed out that if a customer specifically looks to order directly from a particular restaurant, that restaurant had better have a mechanism in place to serve that customer.
“Remain the merchant of record, avoid the commission, keep and leverage the data,” said Hahnfeld. “And then, improve the economics of that over time.”

He added the COVID-19 pandemic has pushed many restaurant brands over the threshold to where self-delivery makes sense economically, and there are hybrid options available such as Olo’s Dispatch platform, which lets the restaurant control the order experience but offloads the delivery.
Control is part of what Kelly was seeking when he made the decision last fall to drop all of the third-party marketplaces he was using for delivery at his five Mexicue restaurants in New York City; Washington, D.C.; and Stamford, Connecticut.

“It was a little scary,” said Kelly. “For us as a full-service restaurant, it was probably a smaller percentage of our sales than maybe for the average fast-causal restaurant. But it still meant making the decision sort of overnight to lose a good 5 to 7, 8 percent of sales.”

While Mexicue still outsources the logistics of delivery, versus using its own employees as drivers, Kelly noted he has more flexibility to make quick menu changes and is able to align the guest experience more closely with in-house dining. Plus, “We’re not paying every time they order through Mexicue.com,” he said, in reference to the commission fees charged by third-party providers.

“We’re doing the customer acquisition ourselves through different marketing, and there’s an investment in doing that. And then over time we firmly believe that there is a scalable, profitable model here,” said Kelly.