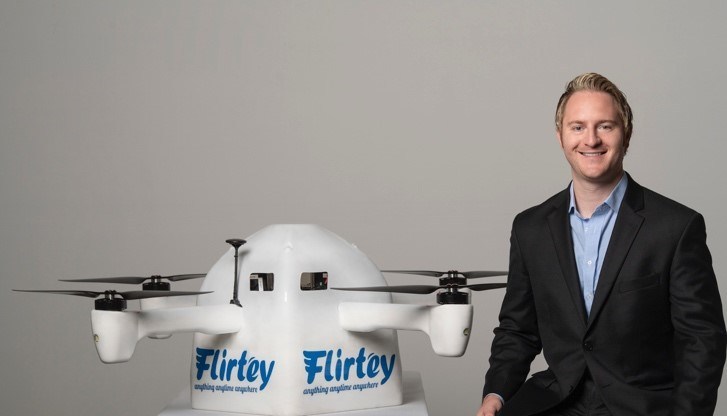 Drone maker Flirtey has unveiled its delivery-ready flagship aerial drone design. The drone represents the market-ready evolution for the company that has been making real world deliveries since 2016.

CEO and Founder Matthew Sweeny said that real-world trial by fire pushed the drone maker in this direction, with the help of some smart people.

Flirtey’s Eagle drone delivery technology has been developed from the ground up, originating from NASA’s drone program,” said a company spokesperson.

It’s an impressive list of some folks from the smartest aerospace world, including “NASA, Raytheon, Lockheed Martin, and SpaceX, as well as military veterans from the Army, Navy, and Air Force,” said the spokesperson.

That star group of engineers is supported by regulatory gurus who have navigated the absurdly tricky world of FAA regulations that dictate who can fly where and when. That puts the company on track for “routine drone delivery demonstrations” to U.S. consumers in 2019 and scaling to commercial drone deliveries in 2020.

For all us drone nerds, that’s really exciting news and the successful tests with 7-Eleven and Domino’s have largely proven out the technology. It can operate in high wind and bad weather situations, and as the company likes to say, “if it fits, it flies.” The drone can carry 75 percent of all package sizes and weights that typically are delivered to customers’ homes. And unlike other drones that have to land and take off again (a significant additional challenge) Flirtey’s drone lowers deliveries via tether, avoiding that complication and ensuring safer operations by staying above trees and power lines.

Without either of those options, aerial drones would struggle to scale or be all that useful when, say, someone wants to eat after dark or wants a cold medicine delivery while the drone operator or overseer is at lunch.

Its ultimate goal: make deliveries for whatever partner in 10 minutes. Sweeny said the cost is expected to be about the same as current on-demand delivery costs, but with faster and more convenient delivery.