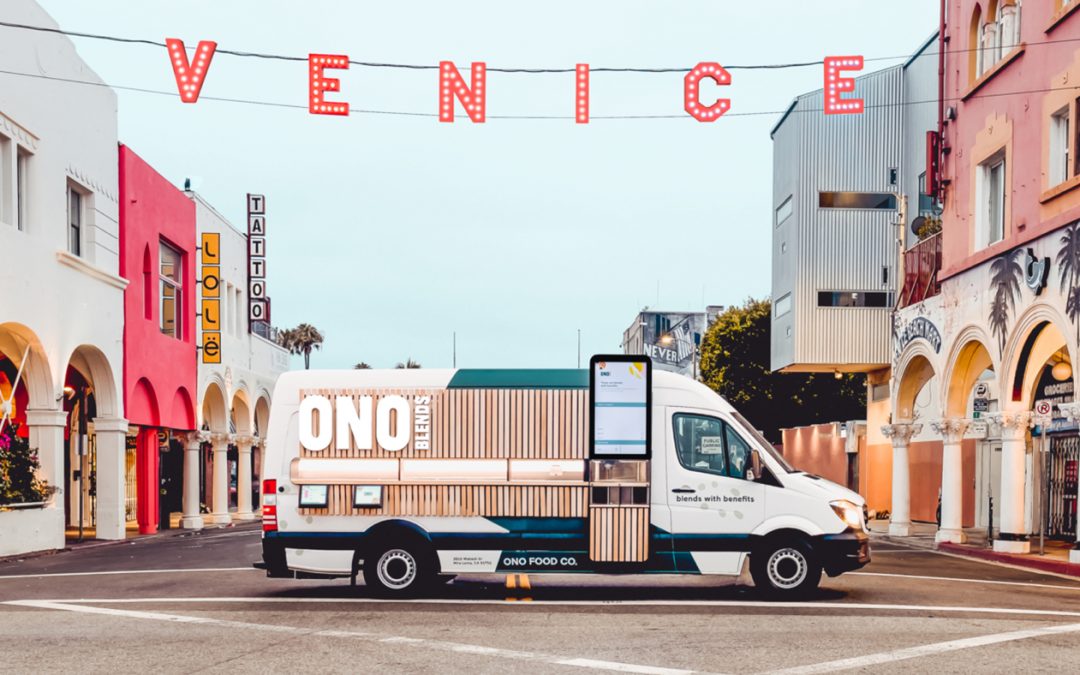 It seems like every day there is a new automated something or another in foodservice, but all the bots, automation and other futuristic stuff generally either takes a long time or it doesn’t work. But Stephen Klein, cofounder and CEO of Ono Food Co. said they’ve built an automated truck to sell healthy smoothies (they call them “blends”) under the Ono Blends brand at scale in an almost shocking amount of time. 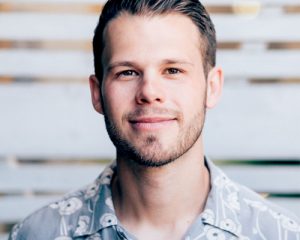 “We have one truck that is built and operational, we’re about 14 months old,” he said. “We did it about four times faster than our peers, typically they lock themselves in a garage for four years, but we wanted to get it out fast.”

Does it work? All signs point to yes so far. Customers seem to love the blends, from what Klein said, and the truck actually works. It’s already pushing out a smoothie every 60 seconds for a fraction of the cost a similar high-end blend would fetch.

As might be clear by the speed to market, robotics is nothing new to both Klein and Chief Technology Officer Daniel Fukuba. Both Klein and Fukuba worked on the automated coffee shop Café X and Fukuba who has over a decade of experience in industrial automation, most recently worked at L2F, a system integrator that did automation for Zume, Tesla, and SpaceX.

So why did these tenured Silicon Valley startup stars build an automated smoothie truck? Beyond the inherent challenges of slimmer margins and no shortage of sticky messes, the pair sees massive scale and the potential to change the foodservice landscape.

“We really see ourselves as a restaurants group, we build and operate robotic restaurants, our fist concept is Ono Blends, organic sustainably sourced smoothies,” said Klein. They’re already working on their next concept due to launch in late 2020.

Part of the learning process for Ono Blends is how to operate in the mobile smoothie business, and prove out the model for future concepts. The beauty is the “guts” of Ono Blends can be pulled right out of a mass-market van. In concept, the truck can be slinging refreshing smoothies on the beach and, if the weather turns, it can swap in soup or warm grain bowl concept for a little warmth on a cold day.

“We see the future of foods not being just mobile but modular,” said Klein.

Those same operational guts could also be swapped into a stall at an airport or other non-traditional venues where space is at a premium. But don’t go looking for those entertaining industrial arms. Most of the automation like how fruit and liquids are dispensed happen inside, but the users watch as their cup as filled and blended out in the open.

That’s the key to scale, says Klein, and it’s something that annoys a lot of automation enthusiasts. Arms are easy to program and novel, but there are more efficient ways to actually cook food.

“When you see us, we kind of went for a welcoming environment and feel. We have warm wood and highlight some of the automation for you to see but there’s more to it than novelty and spectacle,” said Klein. “People think an articulated arm is a white knight solution, but it can be incredibly inefficient. It’s easy to get it up and running, but it’s harder to scale when optimizing for efficiency.”

When you think about it like an engineer, making a smoothie by hand is pretty inefficient. Someone has to reach over to pour and put back every item from coconut milk to Greek yogurt and all manner of fruit and toppings. Why not just dispense all that along a line toward the blender?

“If you were to decide to cook for the fist time, you wouldn’t come up with hands,” said Klein.

From the left of the battery-powered truck (using a Tesla battery pack of course) the cup drops down, and along a line of tubes the order is completed one ingredient at a time from coconut or oat milk and cashew butter down to marine collagen (great for your skin) and then veggies and fruit. If that smoothie wasn’t the millennial and Gen Z dream already, it blends in the compostable cup to reduce waste and it’s served with compostable straws.

All the truck needs to clean—yes, it cleans itself—is the blender blade, so it’s quick and uses 28 percent less water than a traditional smoothie concept in an exceptionally clean environment.

Thus far, Ono has done a few tests operations and is set to launch at the end of October 2019. Klein said the initial response has been positive.

“The No. 1 thing right now that customers say is the product tastes amazing, that is what we wanted to hear, and we were pleasantly surprised that was the overwhelming feedback,” he added. “We also learned that these blends are sort of agnostic toward the time of day. We’re friends with Sweetgreen, and 80 percent of their orders are at lunch, but you can get these mornings or evening or in between,” Klein said.

They’ll also be testing operations with the third-party delivery networks to deliver from the trucks, and a new app that puts a geo fence around the truck and fires an order only when the customer gets within 500 feet.

Check out a video of the truck in action below: