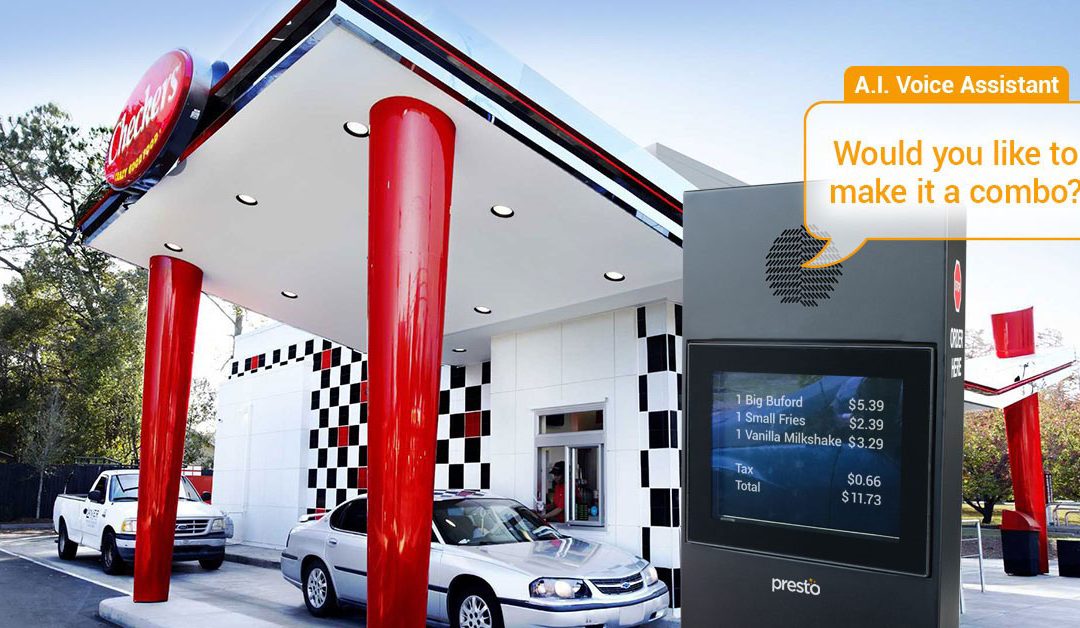 AI voice ordering is rolling out in a big way under a new partnership between the fast-food giant Checkers and tech partner Presto.

The pair announced a plan to roll out an automated voice ordering assistant to all of the fast-food giant’s 267 company-operated locations. It marks by far the largest rollout of the technology, which continues to be tested across the drive-thru space.

Checkers CEO Frances Allen said there were two big reasons the company committed to such a mass rollout: the upsell potential and, of course, staffing. Upselling is hard, no matter how many incentives or gold stars a company doles out—it’s always a slog to get busy employees to suggest customers trade up or add items to their order.

“You’re doing three things at once, taking the order, thinking about what else you could upsell and at the same time expediting for the car in front of you. I mean I’m a multitasker, and I couldn’t do it,” said Allen. “Ninety percent of the time, our humans are too busy, too stressed to get that upselling done properly.”

With the AI, however, she saw a 20 percent success rate with upselling. “That’s the revenue,” she said.

When Allen first started thinking about “Alexa in the drive thru” two years ago, staffing was hard but not this hard. Even so, she said the technology’s utility is less about replacing people and more about using AI as a tool to make up for staff shortages.

“In an ideal world, we need five employees; in reality we have three,” she added. “It’s just a different way to think about productivity, it’s not like we’re removing labor but finding ways to fill gaps.”

It also keeps people from getting burned out in the order-taking window, which can be brutal during a busy lunch rush.

“There is so much cognitive overhead. If you can take away a part of that chaos and make that easier, A, you’ll have a happier employee with less chances to fail and, B, you can simplify operations and execute your goals better,” said Presto CEO Rajat Suri.

He said the system can handle the vast majority of even complex orders and awkward phrasing from customers. When computers take on what’s known as natural language processing, things get difficult or slow or, in tech parlance, “fail over” to a human order taker.

Other systems have a call-center ready to take over or, but Suri said the system has been able to handle the vast majority of orders—more even than what Allen was hoping for—and doesn’t require another layer of cost or complexity. Any fail overs just go into the restaurant staff, who are listening in anyway.

Suri said he tested a lot of different voice AI options out there, but this push is in partnership with Israel-based Hi Auto, a conversational AI technology company.

The rollout is moving quickly. Allen said they are “moving as fast as possible,” adding about one corporate location a week. By the end of December 2022, she hopes to have all company-operated locations plugged in. Checkers franchisees are clamoring for the tool as well.

As it expands, Suri said Presto is looking to build on a solid technology foundation.

“We’re trying to maximize the opportunity, there’s a lot of things we can do with the system now that it works well. So where are the extra elements of hospitality or improved service, or how do we make it even faster?” Suri asked.

He and Allen said there is plenty of potential for AI voice in the restaurant, too. Suri said an AI assistant could handle menu updates from kitchen staff instead of walking away from a station to push a button. Allen said it could even serve as a training backup for employees wondering how to build a chicken sandwich.

Both of those ideas are being reserved for phase two, but the major rollout validates the technology well. Now, it’s just a matter of taking that working, speedy natural language processing and throwing new problems at it.