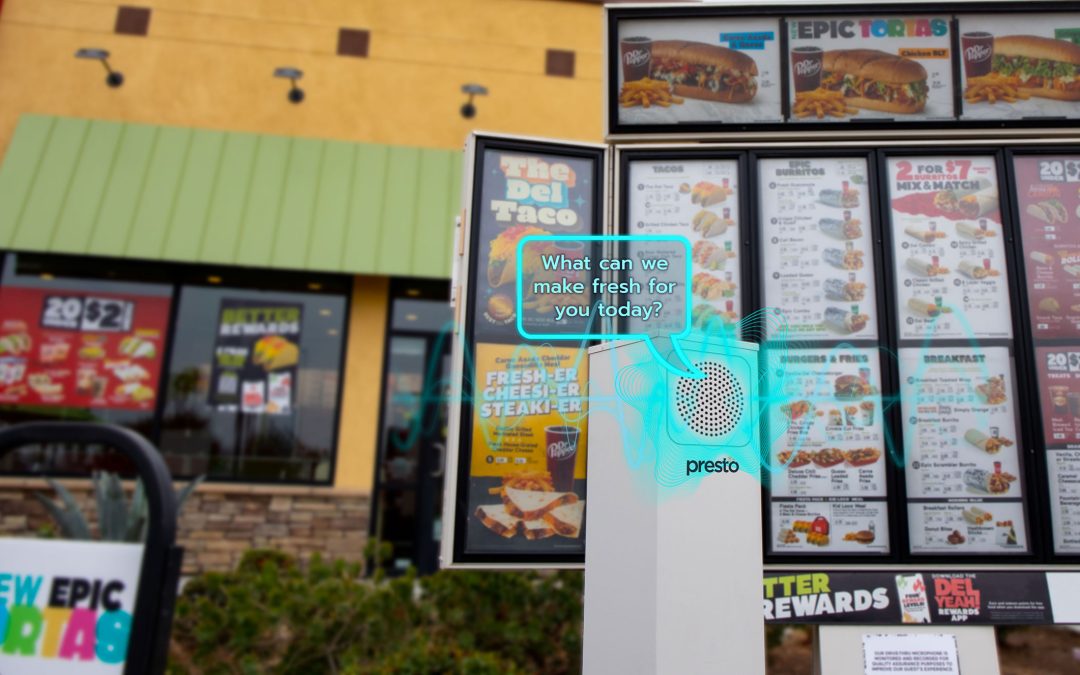 Speaking to a human when ordering in a drive-thru may soon become something of the past.

In an interview with Food On Demand, Rajat Suri, CEO and founder of Presto Automation, a leading provider in drive-thru automated technology, predicted almost every drive-thru will have voice artificial intelligence (AI) in the next five years.

This comes as the nation’s second-largest Mexican QSR restaurant, Del Taco, expands its partnership with Presto, adding automated voice ordering at several of the chain’s 600 drive-thru locations—in a deal reportedly valued at $10 million.

“With Del Taco’s desire to build a drive-thru that improves operational efficiency while delivering an elevated guest experience, the Presto AI-based voice assistant solution is a natural choice,” said Kevin Pope, Del Taco’s VP of operations innovation, in a statement.

Last year, Del Taco conducted months of tests using Presto Voice at select restaurants and found that over 95 percent of orders were completed without staff intervention.

“The AI doesn’t get tired of ‘would you like an ice-cold drink with that’, a human would get tired of that by the third or fourth time,” said Suri.

For employees, Suri says AI voice can reduce stress and decrease workload, adding that at QSR restaurants staff often have to do three to four things at once.

“The AI will never ask you to wait, it’ll be very clear, easy to understand and make less mistakes,” said Suri. “It helps employees make the food faster because they can actually focus on making the food instead of taking the order.”

The tech company also aims to make the drive-thru experience more enjoyable. Last month it unveiled a custom voice feature, that allows guests to interact with celebrities, characters, mascots and others in the drive-thru.

“AI doesn’t need to be robotic,” said Suri. “It can be really, really fun.”

Suri notes that the future of automated ordering could also include different languages and accents to better accommodate consumers.

In addition, Presto Voice claims to be even more powerful when augmented with Presto Vision. Its computer vision provides various analytics including street traffic, the number of people in the drive-thru, wait times and the ability to detect repeat visitors for personalized sales with license plate recognition.

“All those analytics can be fed into the voice AI to make it smarter, it actually upsells better because it knows there’s a long wait time, so either it’s not upselling or it’s upselling the faster-made items,” said Suri.

While drive-thru AI vision has not yet been as widely adopted as voice, it can be presumed the futuristic step will become increasingly more common—with more and more restaurants looking at AI solutions, as staffing headwinds continue and demand for convenience increases.

Suri says Presto is currently working with brands today that represent over 50,000 drive-thrus and believes the adoption of AI ordering will “move really fast” throughout the industry.