Pasqually’s Pizza Won’t Fade Away with the Pandemic 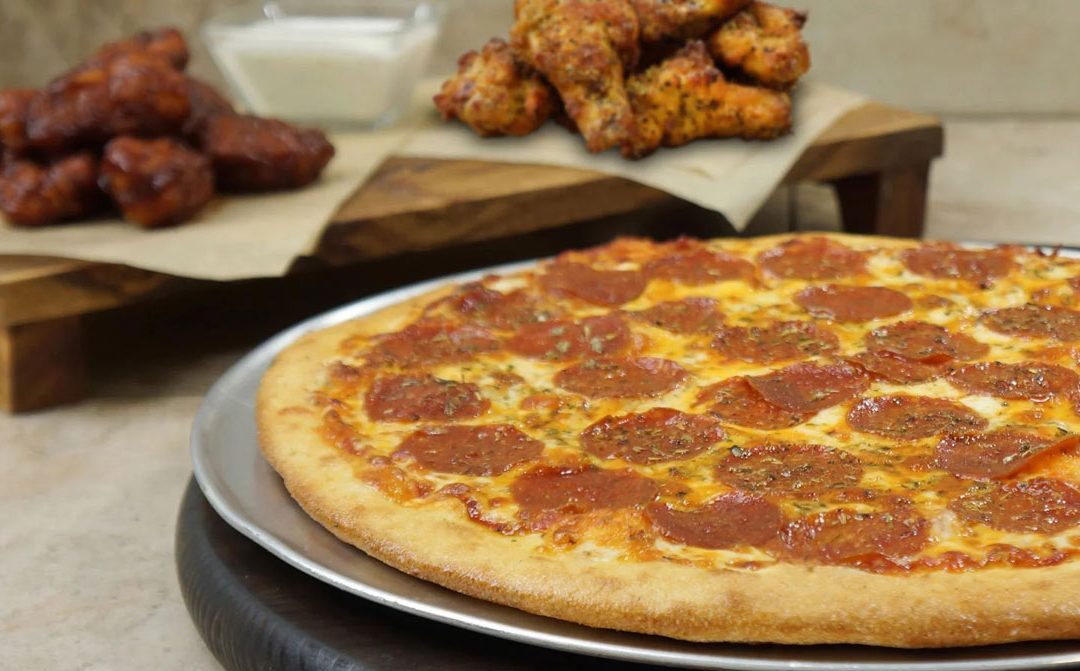 For a lot of casual-dining brands, virtual brands have a temporary air. The dozens of wing concepts seem likely to fade away as soon as dine-in traffic resumes. Pasqually’s Pizza & Wings, however, is just getting started.

One of the first big-name virtual brands, which was spun out of the Chuck E. Cheese franchise, is planning to remain long after kids and families are back in the restaurants, racking up tickets and guzzling soda and pizza. Sherri Landry, CMO at CEC Entertainment and parent of Chuck E. Cheese, Peter Piper Pizza and Pasqually’s, said she considers the latter one more full-fledged brand in the company’s stable.

“It is a brand that CEC had been planning for a while (to see if they could do some sort of virtual kitchen that would leverage the infrastructure of Chuck E. Cheese.) The pandemic just made it happen faster,” said Landry, summing up how she and her team were able to launch Pasqually’s in March as everyone else was reeling.

She said in February, the leadership team pondered what would happen if the COVID-19 pandemic stretched beyond the weekslong projections. If it did, the traditional brands would be hammered, especially the entertainment and party destinations like Chuck E. Cheese. It proved to be keen foresight, although the parent company still had to seek bankruptcy protection because of the hit to its traditional business.

As the restaurants were winding down, however, the virtual brand was winding up.

“It was all hands on deck for 30 to 45 days,” said Landry. “That’s really a testament to the team. There was no territorialism, it was just ‘What do we do?’”

She said a cross-functional team from marketing, operations and technology at Chuck E. Cheese all got together. By June, Pasqually’s represented 10 percent of company sales with a fraction of the typical labor required. It wasn’t enough to make ends meet on the large-format locations, but it did tap a vast new use case for CEC and a new group of customers.

“For Pasqually’s, it’s not Chuck E. Cheese, so it’s not about did we see demographics come down. This was starting from scratch. What we saw was a demographic that was exactly who we thought it was. We already had relationships with third-party DSPs, we already knew who was buying there and who was buying the pizza category. Broadly, we knew that, so we were able to just hit that sweet spot instead of trying to create a new audience or translate that Chuck E. audience to Pasqually’s,” said Landry.

In the subsequent months, there has already been some additional evolution, especially on the wings side of the concept to introduce more “bold flavors” like chile lime and lemon pepper. Both were popular flavors that clicked with the new audience. While she expects some slowdown for Pasqually’s as things get back to normal, she said the concept will continue to evolve, but it certainly won’t go away.

“What I know is that Pasqually’s Pizza & Wings is not a short-term business for us or a stunt for us. We created the extension on purpose, and that purpose was to deliver another at-home option for delicious food. We’re so proud of the product, we’re encouraged by the sales that continue to grow. Even as things reopen, we see sales continuing to grow,” said Landry.

She wouldn’t get into sales goals going forward, but said Pasqually’s would retain dedicated resources as well as shared resources just like Peter Piper and Chuck E. Cheese.

As for all the media attention around the shadowy origins of Pasqually’s pizza? She said that wasn’t intentional.

“I don’t think when we launched this brand there was an intent to not communicate that this came out of Chuck E. Cheese. We’re very proud of our CEC brand and very proud of the pizza. Just like we are at Peter Piper, there was never an intent not to communicate an intent to launch a new brand,” said Landry. But of course, “all media is good media coverage, I’ll take it. What it did is raise people’s attention and incited them to say, ‘Let me give it a try.'”