Are Delivery Services Killing or Saving the Restaurant Biz? 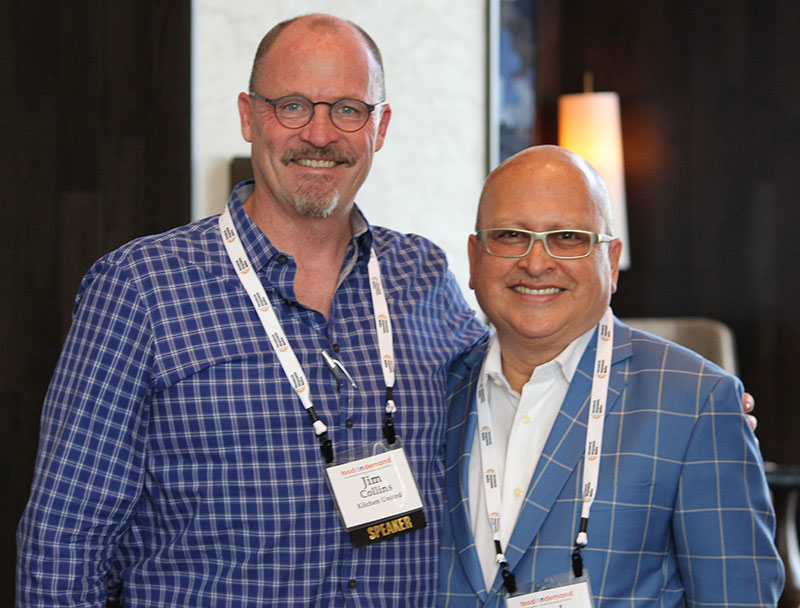 An operator rose from the audience at the FOD Conference to expose a major bone of contention between restaurateurs and third-party delivery systems. “We are financing their growth,” he said, referring to delivery services like GrubHub and UberEats and DoorDash, yet delivery is  “basically ruining a lot of mom-and-pop shops.”

He continued, “I love this panel because you sort of pointed out the deflection everyone has been seeing” during earlier presentations. “We ask, how do you make money? And everyone says, “Hey, everyone, look at the sky.’”

The commissions delivery services charge, ranging from 18 to 30 percent of the order, make many operators grumpy, especially when they hear third-parties brag about how much private equity is flooding into their space, allowing expansion into ever more cities.

DoorDash’s COO, for example, talked about its $535 million investment from SoftBank earlier this year, which will allow it to expand into 1,800 cities by the end of 2018, up from 600 now. If they’re attracting so much money and becoming so profitable in their mature markets, why aren’t they reducing prices, the audience member complained.

But two panelists pushed back, including, surprisingly, one operator himself. Jim Collins operates a restaurant in California, and is CEO of Kitchen United, which builds “ghost kitchens” or kitchens without a storefront restaurant that allow an operator to expand its delivery radius with much lower labor costs.

“There’s something interesting that’s been discussed in this conference, who owns that data?” Collins said. “I truly believe that the platform that acquires the customer should own the data. If GrubHub has acquired your customer, they should own the data,” and he urged operators to change their mindset.

“We all think of restaurants as an infrastructure, those four walls. An online marketing company is also an infrastructure. They don’t make food; you don’t make online apps,” he said. Restaurant owners can pound on the table and protest as much as they want, he added, but their little “$75 a month” spent on marketing doesn’t come close to having the reach of a delivery platform.

“Yes, it’s your food, but realistically do you really think your food would have reached that mass and that scale if it wasn’t for those platforms? When we start talking about we own the data—no, we would not have had any data without them.”

Fred LeFranc, panel moderator and CEO of Results Thru Strategy, ended on a conciliatory note. The third-party services are sincere when they say they want to help restaurant operators grow revenue, he said, but the industry is so new that everyone is figuring out how the model will work.
“It’s like whitewater rafting. You can’t control that raft. All you can do is not crash into the wall and die,” he said, adding he likes the new Food on Demand Conference because “we now have a tribe, a community so we can have this ongoing conversation.”

No doubt this is one debate that won’t be ending soon.