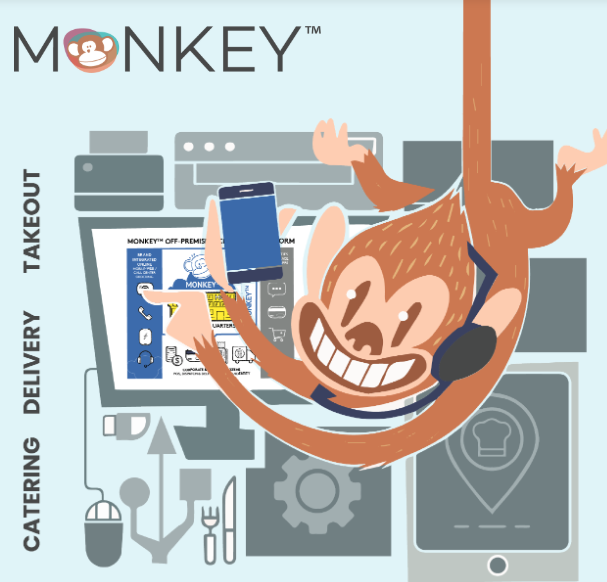 Fresh off a healthy haul of $100 million in investor cash last fall and continued European expansion after acquiring GoCater, ezCater just landed another $150 million in fun money and acquired the Monkey Group, a Canadian software and training provider that’s the developer of Monkey, a cloud-based platform for takeout, delivery and catering. With a snazzy $1.25 billion valuation making waves, the Boston-based catering providers growth options have widened.

After characterizing the company’s bank account as “quite lovely” last fall, ezCater Founder Stefania Mallett said in a phone interview that her advisors urged her to entertain additional investment options due to a fear of a coming “funding winter” that could dry up the still-hot investment community’s appetite for business-to-business catering operations.

“I know these are crazy-big numbers,” Mallett said of the latest investment and corporate valuation. “We still have a bunch of that $100 million in the bank [from last summer] and the uses for it have not changed. Our conviction from last summer has been refined, but not dramatically altered.”

Pressed about the dangers of sky-high valuations, especially in light of Lyft’s recent IPO and other big delivery names IPOs coming soon, Mallett said the $1.25 billion figure isn’t intimidating, given investor sentiment that catering has years of growth still ahead. She said an IPO of its own might be a possibility in the future, whether that’s to build a larger standalone company or be acquired by another public company. As chief executive officer, she said her team wouldn’t “spend money like drunken sailors,” but added “maybe we can run the engine even hotter” in terms of additional acquisitions.

ezCater first began exploring additional investment options in the early part of the year, the “ides of January” as she called it, and the team quickly saw “the fish jumped” after putting out feelers. In the end, the latest $140 million infusion will protect the company against a potential recession and allow it to make further acquisitions to cement its position atop the new-age catering landscape.

As the company absorbs Monkey’s approximately 40 Vancouver, Canada-based employees, restaurant partners should see tangible improvements to order management software, which has been a Monkey strong suit for years in the space.

“The biggest thing everybody wants is integration into their point of sale, which is not straightforward,” Mallett said, partially due to servers needing to zero-out their accounts at the end of each shift. “That’s something Monkey is ahead of us on,” which she noted will help the company expand even more quickly, both in North America and beyond its current stable of approximately 60,000 restaurant and catering providers.

Mallett said it will retain Monkey’s 40-some employees and its office in British Columbia, and is debating whether to keep the “mouthful” name of Monkey Soft Solutions Inc., or possibly roll everything under the ezCater umbrella.

* The original version of this story said ezCater raised $140 million in investor cash and has been corrected with the correct number, $150 million.