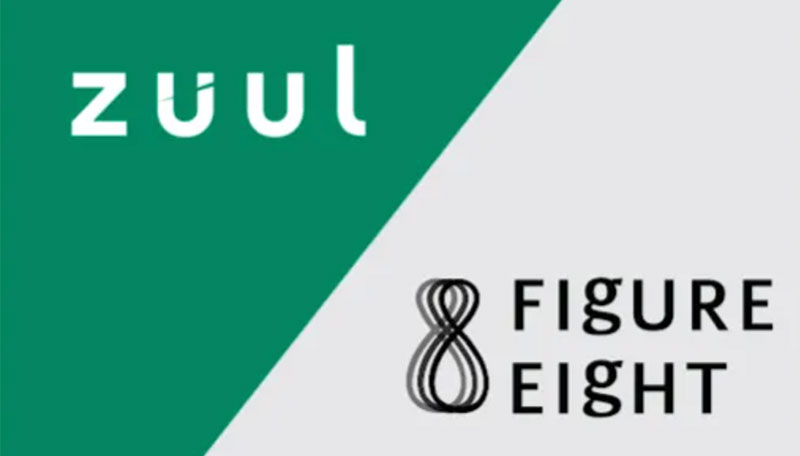 Embracing non-traditional operations as the new normal, the consultants at Figure 8 Logistics have teamed up with Zuul Kitchens, a New York City-based ghost kitchen operator, to advise restaurants on the full buffet of non-traditional restaurant models that are suddenly more viable as a quick return of dine-in customers still remains out of arm’s reach as infection rates keep rising outside of the cities hardest hit by the pandemic’s first wave.

Focusing on delivery, carryout, ghost kitchens, virtual restaurants and repurposing existing restaurant square footage, the two consultants are diving in to provide hands-on help for restaurants looking for a profitable way forward, as diners are largely staying away from dining rooms in states that have relaxed lockdowns.

While the two companies remain separate entities, their Zuul Studios partnership is largely focused on independent restaurants within the New York City metro area. Once more lockdowns and travel restrictions lift, the duo plans to expand beyond the big city. The basic theme from both principals is that non-traditional is the new primary opportunity for restaurants looking to grow their turf or reach customers who are now sheltered in distant parts of the city.

In New York, where Zuul Kitchens opened its first multi-tenant ghost kitchen facility in 2019 and temporarily closed it at the start of the pandemic, many restaurants have struggled as Midtown and Downtown workers are now cloistered at their homes in Brooklyn and Queens—separated from Manhattan by perpetually congested East River bridges.

“It’s not location, location, location anymore, your location is online,” said Scott Landers, co-founder of Figure 8. “Do I want to be the one managing the operations of my brand or should I consider a digital franchise? Or, should I consider licensing this brand to another operator, or should I just consider a full ghost kitchen strategy where I can build my own kitchens and maybe open up pods of five ghost kitchens in all of the top-tier markets along the East Coast? That’s really what we’re able to do through Zuul Studios to answer those broader questions associated with non-traditional growth.”

Because what’s happening to restaurants directly impacts property owners, brokers and commercial landlords, Zuul Studios is also working on the real estate side of the fence to advise building owners and managers on creating spaces for restaurants that might not include traditional, dine-in areas.

“I don’t know if anybody is particularly interested in opening up a bunch of new build-outs right now, at least new construction, so thinking about, I have a brand, I want to grow, I want to expand, how do I do that in a non-traditional way?” Landers says is the question.

With surveys showing customers are still wary of venturing back into restaurants and bars, Zuul Studios is helping restaurant operators find the right mix for their individual brands. The new consulting service is divided between three tiers of client engagement, starting with a monthly retainer to provide what Landers called the “unlimited talk and text plan” that’s remote advising.

For clients wanting to go deeper, Landers calls that second tier “immersion” where the Zuul Studios team comes into the restaurant for one to two months for a more in-depth review of the business that includes online menus, logistics technology, real estate expansion strategy and then provides a roadmap of recommendations—priced on a lump sum basis with half of the tab paid upfront.

The third tier, focused on implementation, involves working with a restaurant’s product team, doing the actual work with vendors and suppliers on the client’s behalf, and helping prepare for a launch, team training and marketing efforts, with support lasting a month or two after a launch date.

“We really want to be able to come in, understand the business, build out the new model, stabilize it and leave you with the keys to your new car,” Landers said.

Stressing that planning for a return of dine-in customers likely won’t be enough if the pandemic lingers beyond 2020, Zuul Kitchens CEO and co-founder Corey Manicone said many restaurants need to repurpose their existing real estate, which requires creative thinking and a willingness to embrace new models of reaching customers. That final plan could range from basic consulting on building a profitable curbside and delivery model, starting a virtual brand, going into a future Zuul-branded location or working with an outside ghost kitchen provider, among a near-infinite range of new-age formats.

“In theory, every restaurant became a ghost kitchen overnight,” Manicone said. “Obviously we don’t have a crystal ball, but I could see a bit of repurposing opportunities throughout real estate, certainly here in New York City and beyond. We’ll start to see more of a focus on thoughtful design in terms of the infrastructure to support [off-premises] operations.”

While currently focused on restaurants within the New York metro area, where Landers, Manicone and their team members can walk or bike to restaurants to meet in person, the pair has already received inquiries from across the country as more restaurants realize their survival likely requires more drastic changes than simply implementing curbside service or tweaking their delivery program.

Landers said he wouldn’t be surprised if the entire restaurant industry settled out at 50 percent of orders being delivered and a similar number coming in through digital channels, which he said mirrors the advent of drive-thru lanes that “didn’t go away and, if anything, now it’s more important than ever.”

“It’s really a matter of getting restaurants back to a healthy place,” he added, and “getting them enough revenue at the right profit margins to where they can stay open and continue to innovate and adapt to changing circumstances.”