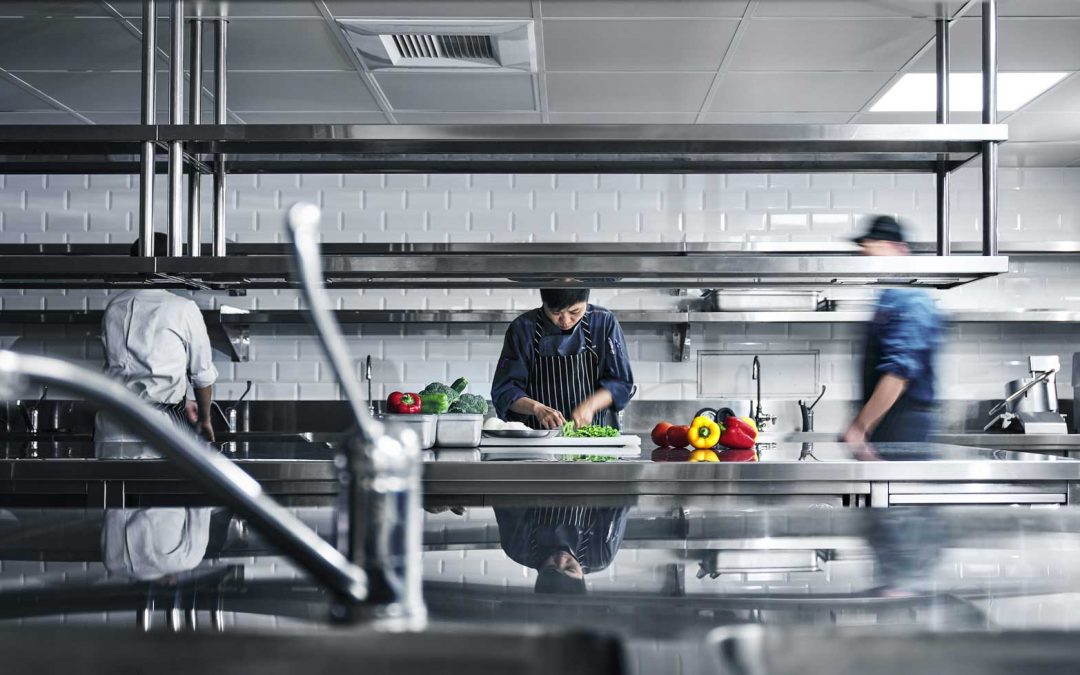 JustKitchen is riding a wave of investment and success in Asian markets into the frothy waters of U.S. ghost kitchen industry. The company just raised $24 million for several international expansion projects that also include Singapore and the Philippines.

The key ingredient for the company is a “hub-and-spoke” model by which core ingredients are made at a central processing hub and the “spoke” locations handle the perishable things like cooking pasta or rice, preparing vegetables and putting it all together.

The goal is to build multiple small locations (1,500 to 2,000 square-feet) out in communities that can pump out up to eight different cuisines out of an efficient box and reach a lot more people. Those brands are among 22 mostly Asian cuisine brands with some burger and chicken favorites and a few licensed brands like TGI Fridays. More brands will be developed in house as the company expands.

JustKitchen also handles all the operations and software, essentially integrating a lot of the disparate pieces of the ghost kitchen under one roof. JustKitchen employees make the food at the hub, deliver it to the spokes and also prepare the food in those satellite kitchens. The only thing the company doesn’t do is the delivery.

So far, the company has 15 locations in Taiwan and Hong Kong, representing 280 virtual brands sending food out for delivery.

JustKitchen isn’t top of mind for much of the American foodservice market, but it has made some waves in the Asian market. The Taipei-based company went public in April of 2020 and showed that each of its locations make about $1.3 million annually with a 15 to 20 percent margin.

The company’s leadership team is quite robust. It was founded by Taiwan-based restaurant leader Jason Chen and Kai Huang, the creator of Guitar Hero. Its ranks also include a number of exceptionally seasoned food and ecommerce leaders, including COO Kent Wu, who founded Milk and Eggs, a healthy grocery offering that was acquired by Grubhub.

“We IPO’d in April and we were very fortunate to have supportive bankers of our fundraise. Immediately after closing, they started talking about this round,” said Wu, noting the company raised the latest $24 million in just 60 days.

Wu said the core of the idea is its vertically integrated hub-and-spoke model. If the idea of virtual operations is to get food to people without a storefront, many small stores are better than centralized kitchens.

“What we see as the pain point in ghost kitchens: generally, you have one kitchen. For example, CloudKitchens, you have 10 to 20 kitchens and 10 to 20 operators in this one location. What ends up happening even though you’re doing different cuisine types, you’re really catering to the same geographic customer base. You’re not reaching out any further,” said Wu.

On its own, that’s a novel and effective way to run a ghost kitchen, but Wu said there’s good reason the company is investing in aggressive growth: as the number of orders expand, there are some interesting economies of scale.

“Originally, the goal was to build one hub to support 15 spokes, but in reality, my view was there’s no real reason to have that many hubs including the capex, so we’re starting to convert to a virtual hub,” said Wu. “Especially in the U.S., hubs take a lot of space, food manufacturing is a high hurdle to jump, especially in the U.S. The goal now is to outsource the food manufacturing to what we call a virtual hub. It’s moving from a centralized model to a web model.”

He said core items that are popular enough can be further outsourced up the supply chain. Much like the big producers shipping prepared items to restaurants, a manufacturer could deliver directly to the satellite locations.

He said the next year will be all about physical expansion and also getting the operations, software and economics figured out for the new expansion markets. The plan is five locations in the U.S. by the end of 2021, starting in Los Angeles. After that, Wu said the company will grow via a franchised model where individual owners will control the satellite locations.

JustKitchen has the capital and a unique model, but the real test will come when the concepts meet the American consumer.