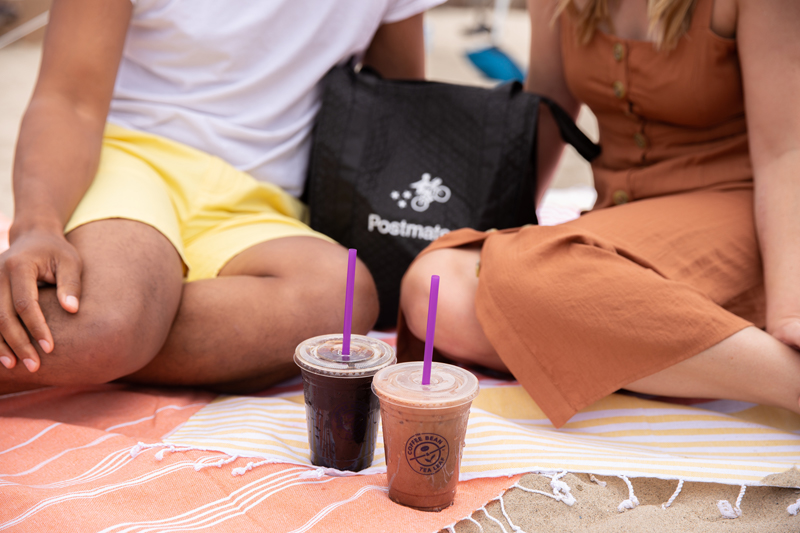 It may never make sense to have a single, small cup of coffee delivered on its own, but The Coffee Bean & Tea Leaf’s new exclusive delivery deal with Postmates has major potential for an international chain with approximately 1,200 stores across the globe. With an in-house assumption that delivery begins to make sense at the $10-an-order mark, the brand is starting its delivery program in and around its Southern California home turf.

As part of an overarching strategy to “drive accessibility and convenience” the brand is deploying a flexible real estate strategy that includes more locations with drive-thrus, small locations in urban trade areas and preparing to ramp up delivery of prepared drinks as well as selling its goods online—bags of coffee, tins of tea, single-serve beverages and insulated mugs.

Aidan Hay, senior vice president of operations, said he and his team are making sure they focus resources on “the big ideas” that generally revolve around the idea that customers are too pressed for time to rely on a timeworn brick-and-mortar strategy.

“When you look at urban areas where you have increased density, traffic and just the hassle of finding a parking space, driving just a couple miles may take you 15 to 20 minutes,” Hay said.

After launching a new app with mobile ordering and a loyalty program earlier, Coffee Bean & Tea Leaf now has nearly a third of its customer base using the app, which provides customer data to help the company take slow, “very mindful steps” as it reinvents the brand in the mold of today’s convenience economy.

Selecting Postmates as its exclusive delivery partner was largely driven by that San Francisco-based provider’s extensive coverage in Southern California, as well as its “proven experience in handling both hot and cold products.” So far, customers are happy with the arrangement, as early metrics show “very high 90s” customer satisfaction with on-demand delivery.

Delivery is also an opportunity to boost sales of its branded retail products, and catering-oriented items like its Java-to-Go packs that are designed for small groups, like parties and work meetings. Focusing on these larger order occasions is a cornerstone as it gradually ramps up delivery in new regions.

Rather than letting franchisees create their own delivery programs with whatever partners they wish, choosing an exclusive, national provider allows the company to fully integrate delivery orders into its point-of-sale system, which helps reduce opportunities for human error and helps merge off-premises orders with those destined to cross the cashier’s counter. That said, the Postmates deal doesn’t give the brand direct access to off-premises customer data, which Hay said continues to be a discussion at the headquarters as delivery becomes a larger portion of the overall business.

“In the last several months since we’ve launched, we’ve seen transaction growth, ticket average growth and sales growth,” Hay said. “Everything has been positive, and I can only see us continuing to have a positive outlook in terms of upside for this business and channel going forward.”