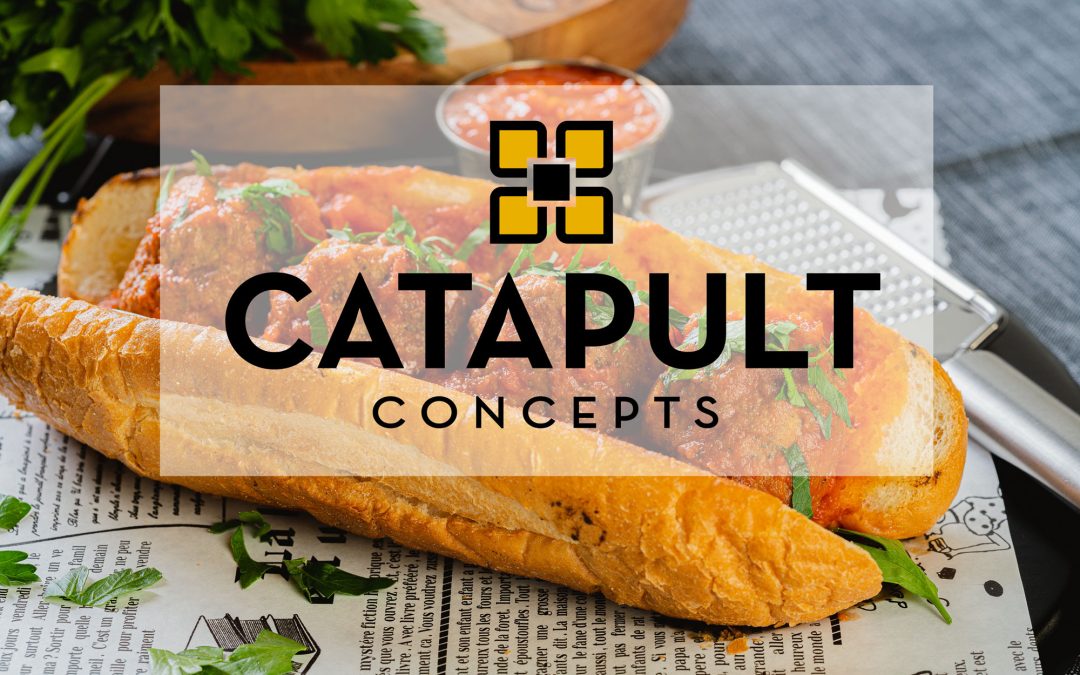 Virtual restaurants are going through rapid evolutions as this subset of the restaurant industry matures. By focusing on operational simplicity, Catapult Concepts offers a new method of operating sub brands that the founder says is exceptionally easy and truly incremental.

Founder and CEO Jake Schostak knows restaurants very well. He grew up in the restaurant business, and not just a little corner bistro but a large restaurant enterprise known as Team Schostak. It’s No. 50 on the Restaurant Finance Monitor 200 this year and operates more than 130 franchised restaurants and a dozen more independent restaurants. He also had operational roles at Chipotle, Sweetgreen and lead the family’s MOD Pizza division for five years.

He said the new company, outside the family restaurant business, Catapult Concepts was a way to lean into the rapidly changing restaurant industry, one beset by rising costs, a need for technology and more-efficient operations. He was looking at virtual kitchens before the pandemic, and saw the model was further validated throughout the last two years. For independent restaurants it proved especially difficult and confusing.

“I see this as a tactic that is not going away, I think it’s a very important way to drive revenue to businesses, but there really needed to be a chaperone to bring this to independent restaurants in a thoughtful way,” said Schostak.

The company launched with two brands, Cheese Steak Daddy and Pop’s Meatball Sandwich. He’s working on opening outlets No. 9 and 10 right now in his home market of Detroit.

His solution has a few key differentiators. One, all the ingredients run through a central company kitchen.

“We start everything in our commissary kitchen and bring it to the restaurant in a form that’s ready for service,” said Schostak. “Our kitchens don’t even have to do extensive prep work. They don’t have to add any labor to the schedule; these are truly incremental sales.”

He said that allows the company to send out product that has more going on than a few extra items from a Sysco delivery, allowing the commissary staff to cook ingredients to exact specifications because Catapult staff can make menu items at scale before sending it out to partner restaurants.

That, Schostak says, meets a big challenge in virtual restaurants: fractional attention. As illustrated in recent surveying, consumers have some issues with virtual restaurants. It makes sense that a small fraction of the business with low margins is going to get less focus than a restaurant’s own orders. Schostak said he designed the menu so operators could execute orders between things or on equipment that isn’t getting a lot of use. Because there isn’t much to do but scoop, heat and box, there aren’t really any corners to cut.

The second differentiator is taking care of the overhead. Because all the food flows through the company kitchen and out to partners, Catapult can oversee inventory and delivery from the commissary. He said that solves one big issue in the virtual operations.

“It’s one of the biggest issues in the virtual restaurant space: people aren’t getting orders fulfilled because the restaurant wasn’t ready or didn’t have the product. Our method eliminates that. We know everyone has product all the time and it’s on the shelf and can be put together really easy,” said Schostak.

The third big difference, Schostak said, is having a local team in place in every market. He said that was essential to keep up with traditional multi-unit restaurant operations, and it should be the same for virtual concepts.

“We’ve got local teams, we’re local here in metro Detroit and that’s paid off for us,” said Schostak. “I’m very familiar with operating multi-unit restaurants at scale. If you’re not present, it’s hard to build that trust not just with the guest but the operators, too.”

It’s early days for the company, but it has already raised money from venture capital partners and has a number of notable restaurant advisors and partners. In the mix is Howard Migdal, the COO of Canadian-based delivery company SkipTheDishes and Josh Diamond, SVP at Diamond Marketing Group, who leads the marketing and branding. Schostak said the company just hired a culinary director to lead the charge on adding three new brands in the next year.