Domino’s Throws Shade at Third-Party, but Tweaks to Compete 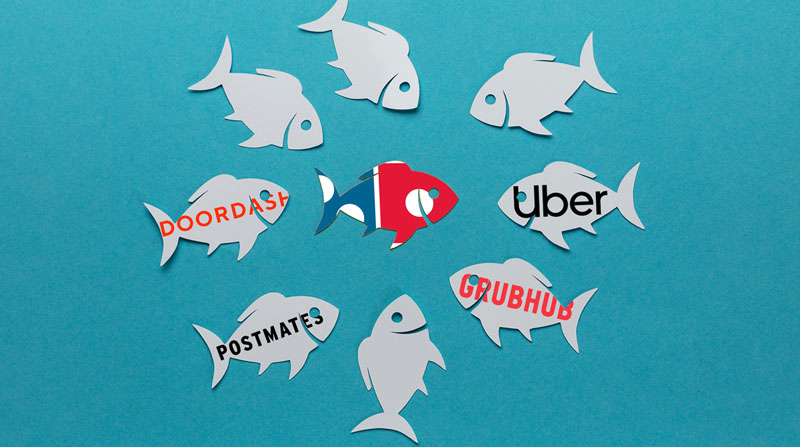 For a long time, Domino’s management said they didn’t see any negative effects from the explosion in third-party delivery and they continue to criticize the industry. But along with those critiques, Domino’s is significantly changing its business model to compete with the “entry of many non-pizza QSR players,” as CEO Ritch Allison put it.

During the company’s third-quarter earnings call on October 8, Allison was highly critical of third-party networks’ economic sustainability. At the same time, however, the pizza giant is enacting major changes to enhance delivery with a “fortressing strategy” even as company leadership predicts a non-trivial amount of cannibalization. It’s also running a 20-percent-off promotion for orders after 9 p.m., which is prime time for third-party QSR delivery. The company also hinted at future menu innovation that would make it a stronger competitor.

This fortressing strategy, announced last quarter, will put new Domino’s locations between existing locations to shrink each delivery radius—and franchisee territories. The goal is enhancing both delivery and carryout operations, but it seems largely focused on delivery. Allison reported one of its markets that had made headway on the strategy averaged just 16.5 minutes per order and nothing over 45 minutes (the level our surveys have shown is the maximum time customers will wait.) That’s exceptionally fast, and all the Domino’s customers in Lewisville, Texas, are probably quite pleased.

Same-store sales grew 2.4 percent for the company over the quarter, which is notable for the restaurant industry these days, but leadership admitted all the growth came from price increases, not traffic generation. As a result, Domino’s cut its long-term sales forecasts.

While Domino’s deliveries are more profitable, or profitable at all compared with third-party operations, some analysts watching the company weren’t satisfied with how it was approaching the new competition from these third parties. Several said the company is potentially overlooking the significance of this newfound competition.

“Management offered little to assuage concerns that pressure from third-party delivery (3PD) will abate in the near-term or that consumer behavior will materially shift if promotional activity in that channel begins to wane,” wrote Wells Fargo analyst Jon Tower. “We agree with management that DPZ has perhaps the best line of sight into elasticity of demand in the pizza category, but we’re uncertain how consumers will respond if/when fees in the 3PD channel (a much larger category) begin to rise.”

Tower looked to Wells Fargo research showing consumers respond strongly to promotions or coupons, followed only by a desire for a specific restaurant’s food. There’s not much evidence consumers will give up third-party delivery if they don’t get a promotion, and heavy users skew only slightly toward promotions compared to a specific desire, as seen below.

“We struggle with the idea that consumer behavior will be materially altered with a higher cost of service or that aggregators cannot find offsets to keep consumer loyalty (i.e., rewards programs, subscriptions or other services),” wrote Tower. “We continue to lean toward the notion that consumers are willing to pay for convenience.”

Other analysts were less critical, and looked to solid results such as 45 percent of orders coming from carryout, crediting the company for being proactive against the competition. It certainly looks like the shakeout will continue.