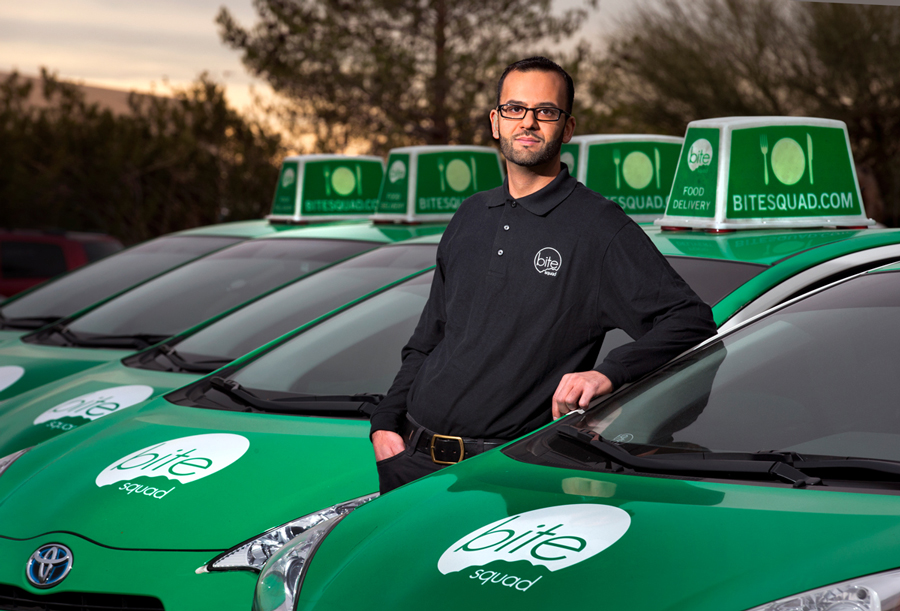 Bite Squad, a five-year-old, third-party restaurant delivery service based in Minneapolis, announced a massive 17-company acquisition that expands its footprint to more than 30 U.S. metro areas and vaults the company into one of the category’s largest brands.

According to the company, these acquisitions represent Bite Squad’s strategy to consolidate the fragmented restaurant delivery service industry and dramatically expand the company’s national footprint.

“By integrating our premier delivery experience to as many customers and geographies as we can, we continue to achieve rapid growth and efficiencies,” said Kian Salehi, CEO and co-founder of Bite Squad. “Our platform was built to scale, enabling us to quickly integrate acquisition targets and leverage our operational excellence.”

Salehi added that its ordering, routing and dispatching technologies would improve service for customers of all brands that now fall under the Bite Squad umbrella.

“Bite Squad customers across all our markets will experience a better, faster, and more consistent service at a lower cost,” he said. “We have already seen growth begin to take place in our new cities, and our technology continues to produce superior unit economics for food delivery.”

Craig Key, the company’s vice president of marketing, said the company has intentionally laid low with its acquisition news during the year.

“We’ve been in stealth mode,” he said. “Every time we go into a new city, whether that’s organically or even if we made a small acquisition, the numbers improve almost immediately so we worked hard …for smaller partners that were maybe a mini version of Bite Squad that could really benefit from our technology—and here we are 17 companies later and ready to come out about it.”

He added that the combined deals are a game changer for the company, because they demonstrate that the company’s technology works well for customers, and that its acquisition strategy proves the company’s sophistication at integrating outside brands into the Bite Squad system has also been perfected.

“We’ve gotten better at applying the model every time,” Key said. “There’s this business of being in the restaurant delivery service that we knew we were good at, but now this new business of taking our business and applying it to another business, we’ve gotten good at that as well.”

He hesitated when asked if Bite Squad is currently profitable, but said when comparing the company “dollar for dollar” with the category’s largest players like Grubhub, “we are really happy with how we stack up, so I certainly feel really good about our future.”

Bite Squad’s delivery drivers are employees of the company, rather than contractors like at most other third-party providers, and Key said it is quickly approaching the 3,000 employee mark, which will be its next major mile marker for the fast-growing brand.