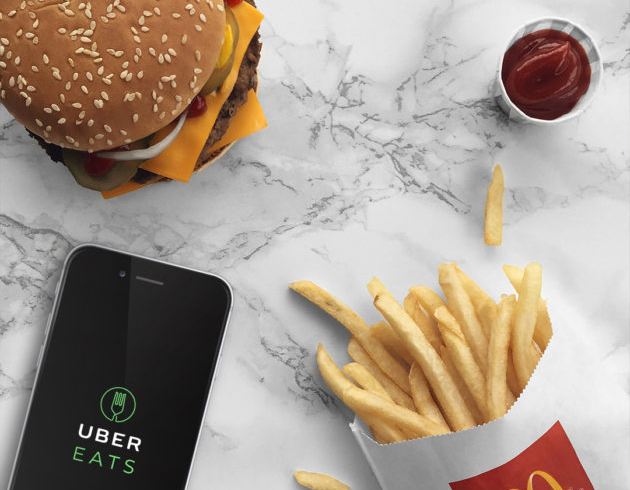 Instead of devouring those McNuggets and fries while trying to adjust the radio in your car, soon more McDonald’s customers will be able to binge on cheap eats while simultaneously binge-watching Netflix’s “Stranger Things” from the comfort of their couch.

The global fast-food giant plans to expand its partnership with Uber Eats to offer delivery from 5,000 of its U.S. restaurants by the end of 2017, said Chris Kempczinski, president of McDonald’s USA, on the company’s third quarter earnings call October 24. McDonald’s already offers delivery in more than 20 percent of its 37,000 locations around the world.

McDonald’s is seeing early success with delivery in dense, urban metros with a high penetration of younger customers, Kempczinski said, noting New York, Boston, Miami and Los Angeles are among the U.S. cities home to the 3,700 restaurants already included in the Uber Eats partnership.

Looking across the system, CEO Steve Easterbrook said the brand is “seeing some great results around college towns” with delivery, along with group delivery orders with an average check one-and-a-half to two times higher than the typical check average in a restaurant.

“So I think it really is beginning to clearly demonstrate to us that this is an incremental business for us,” Easterbrook said on the call. “It’s an incremental revenue stream for us.”

And while he acknowledged McDonald’s was a little late to enter the delivery game, particularly in the U.S., “I think we’ve entered with more muscle and intent than probably most other competitors could possibly match.” With 75 percent of customers in McDonald’s top markets living within three miles of a restaurant, Easterbrook said “there is no other restaurant business on the planet that’s closer to more of the global population than we are. And we think that, therefore, lends itself really well to not just visiting their local McDonald’s but also having delivery from their local McDonald’s.”

Easterbrook said globally, McDonald’s is on track to offer delivery from 10,000 of its restaurants by year-end as it looks to expand wherever Uber Eats has coverage. McDonald’s began testing delivery late last year at 200 locations and it’s just one of several “velocity accelerators” the company noted in the earnings call.