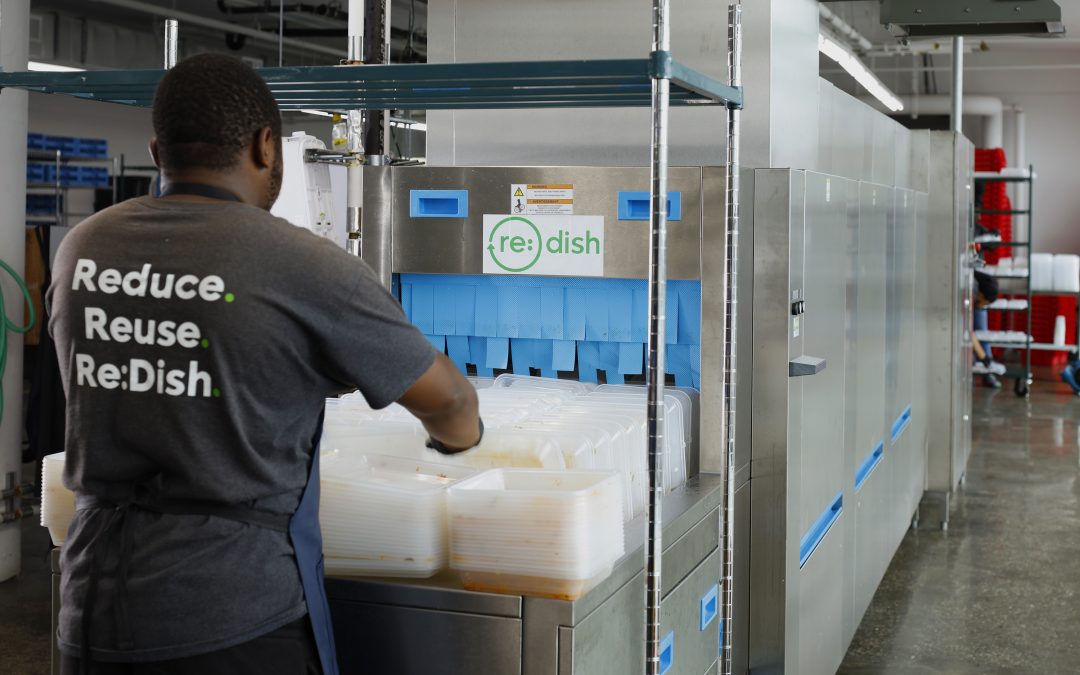 What would it take for restaurants to switch to reusable packaging for delivery and takeout? According to the founder of a company delivering, collecting and sanitizing containers and dishware at an industrial-scale facility in New York City, the key is starting with institutional clients like schools, hospitals and corporate cafeterias to train customers and employees that reusable containers, beyond their environmental benefits, result in a superior dining experience. 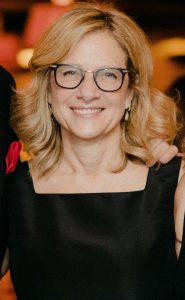 Caroline Vanderlip first started investigating the waste created by delivery and foodservice back in 2019. Her research convinced her that packaging waste is a massive problem the industry cannot manage its way out of. To her, the only solution is creating a way for large-scale foodservice operators to outsource cleaning and sanitizing of reusable containers to an off-site facility that returns them on a regular, dependable schedule.

“I started researching who was in the [reusable] market and what they were doing—there were a lot of small startups with great passion but very limited in how they were thinking about the problem,” she said of the growing reusable packaging category. “Fundamentally, the adoption of reuse at scale is really about having the infrastructure to be able to reuse.”

Vanderlip also discovered that adoption of reusable containers at scale required a business model that was economically sustainable, so the idea could spread on its merits—and be bigger than just one company.

“As long as you can’t make it a business with margins, it wasn’t going to grow as quickly as I needed to from a mission, climate change perspective,” she added. “Why did I do this? I did it for impact…and my whole team is driven in that same way.”

Stopping the ‘torrent of guilt’

Around the time Re:Dish first launched, a few months into the pandemic, she came upon an article in the Washington Post that struck her. The Post’s food critic, Tom Sietsema, saved three weeks’ worth of takeout packaging during the height of the pandemic and photographed the resulting pile on his floor.

“The stream of paper, plastic, aluminum and glass that came through my door from roughly 30 orders shocked and depressed me,” Sietsema wrote. “I accumulated enough waste to fill two recycling containers—nearly 100 gallons of space—not to mention a torrent of guilt.” 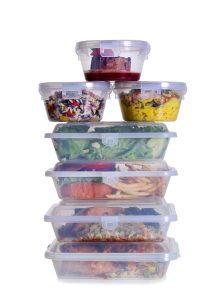 Re:Dish containers are certified for hundreds of uses, and each can be tracked with a QR code.

Vanderlip called the article “mind numbing” and said it cemented her view that the foodservice industry needs to make radical changes to reduce the amount of single-use flatware and packaging making its way into landfills.

In her eyes, living in the largest U.S. city with a well-documented trash problem, the lynchpin was creating a way for large-scale foodservice operations to offload the space and labor burdens of washing reusable containers to an off-site facility that would collect and return the items, while also tracking the journey of each individual piece.

With that in mind, Re:Dish was built to fundamentally be a back-end solution centered around a huge facility in Brooklyn servicing the New York DMA. It’s filled with custom machinery, proprietary software and significant automation that allows the washing and sanitizing of up to 75,000 units per day.

The sturdy containers are designed to offer a better dining experience for consumers, and Re:Dish claims its customer feedback backs that up. Containers aren’t expected to be used forever, but they are certified by Ecolab for up to 1,000 cycles.

Aside from restaurants generally not having the capacity to wash thousands of takeout containers in a given day, Vanderlip’s business model was also aimed at the second big challenge: consumers tend to change their behaviors slowly.

“I call it muscle memory. Once you’re accustomed to reusing rather than throwing away, then you take that learning…into other aspects of your life,” she said. “From a passion-mission perspective, Re:Dish is about educating consumers in the circular economy, but doing so in a closed environment so they develop the habit of returning their reusable containers in a reuse bin, rather than throwing it away in a recycle bin or trash can.”

So far, the company has eight container SKUs, from cups to clamshells, designed to cover the vast majority of meals and provide a better dining experience than disposable solutions. Every piece is coated to prevent scratches, and also includes a unique QR code where end users can scan and learn sustainability metrics for the entire Re:Dish system.

The codes tell diners how many times that particular container has been washed, along with facts about reduced greenhouse gas emissions, pounds of waste diverted from landfills and water saved—with the direct request to not break the chain.

That unit-level tracking also allows Re:Dish to provide ESG (environmental, social and governance) reporting, which is especially important to clients focused on sustainability.

“Everything we’re doing is to try those employees [and diners] about reusables,” Vanderlip added. “The goal here is to take this interaction, which is positive and reinforcing, and to make that a habit not only at the institution, but in their lives by understanding what reusables are.”

Containers are ground into pellets at the end of their lifecycle, and then used to create Re:Dish’s beverage cups—meaning none of its products ever end up in landfills.

While Re:Dish is focusing its early-stage growth on institutional users, the company is currently able to support individual restaurants by handling the back-end washing, sanitization and transport for them. In that case, a restaurant would still need to collect the used containers on its own—which Vanderlip said remains complicated without some sort of public-private partnership at a higher level.

Referencing milkmen, which delivered milk to individual homes decades ago, Vanderlip envisions municipalities adding reuse bins on every corner, with a universal tracking system to note which containers came from a given cafeteria or restaurant.

While that might sound pie-in-the-sky, Vanderlip cites accelerating consumer and corporate awareness around things like the Great Pacific Garbage Patch and the limits of recycling, especially plastics.

“All the effort to request plastic forks and knives, salt and pepper and all the rest is a good start, but it’s just a start,” Vanderlip said. “Trying to get that packaging to be more reusable, I think, is the next step.”