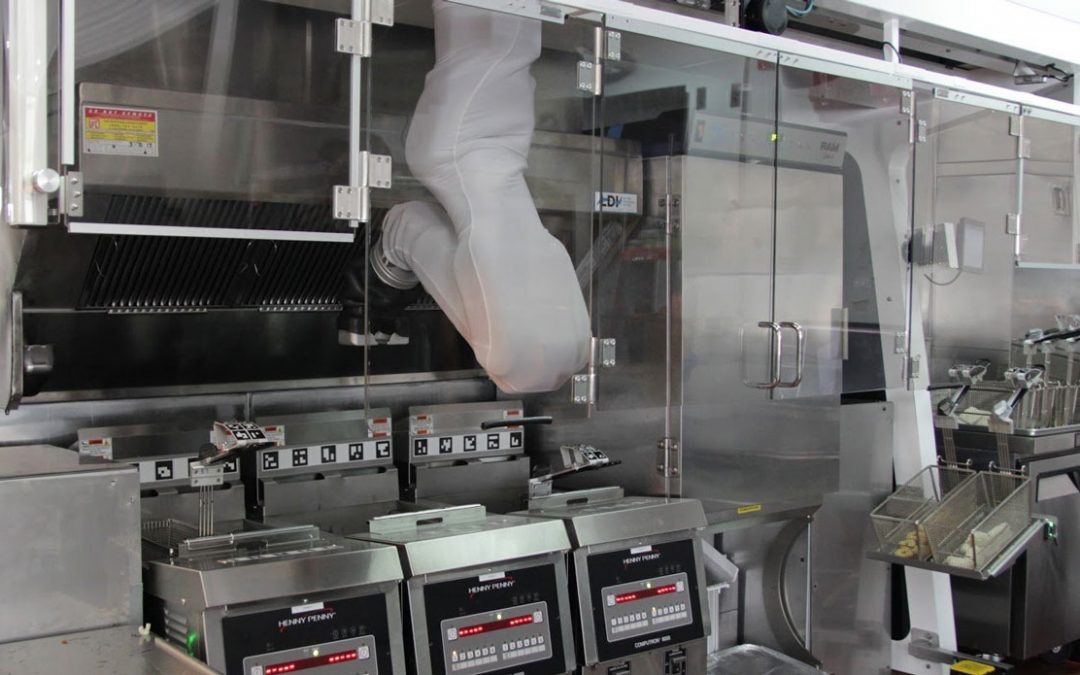 The robots are here, and they’re helping restaurants navigate the surge in delivery.

Flippy, the burger-flipping and fry-frying robot from Miso Robotics is back in the news and making a major expansion in the White Castle system. The QSR chain ‘flipped’ over their first test with the new iteration of the autonomous-arm chef that connects to a kitchen wall for access to the grill and fryer stations. The initial test started in July with a single location. Now, the company is expanding the test to 10 more locations around the country.

According to Miso Robotics Co-founder and President Buck Jordan, the pandemic provided ample opportunities to integrate Flippy into delivery-heavy operations and solve for a number of existential issues. The two most pressing during the pandemic are labor and just-in-time cooking for delivery.

White Castle, which is open 24 hours a day, has even more difficulty than normal staffing late-night shifts, which tend to be busy times for the company.

“They have a third rush unlike most people,” said Jordan. “We’ve only been there for a month, and they’ve commented that they can be more productive at the night shift especially when there is a big influx of drivers. So, this lets Flippy streamline cooking while the teams get orders bagged up for customers or delivery.”

Keeping staff out front or in the drive-thru window means they can do what humans do best and Flippy can do what robots do best—follow the programming. That means less time spent on training, too. Making the perfect fries or the ideal White Castle slider takes time to learn, for humans, at least.

“What we’re already finding is we’re cooking more consistently, cook time is prescribed in the standard operating procedure but the application is a little spotty as people run around. Things are over cooked and undercooked, now it’s all cooked to time and White Castle is really pleased by that,” said Jordan.

Flippy is also creating better experiences for the surge in delivery White Castle (and everyone) sees today. Jordan said by connecting Flippy’s operating system with the digital ordering and delivery technology stack, it can cook orders just in time for busy delivery drivers.

“When the order comes and when the driver actually arrives is a pretty variable number. We know it takes six minutes to cook up an order,” said Jordan.

If the driver is 20 minutes out, Flippy won’t get started on that delivery order until minute 13 or 14. When the driver arrives, the order is ready for a quick hand-off, but not steaming in the bag.

“Every meal we get sits for 15 minutes in some guy’s car, it better not be sitting for 10 minutes at the store, too,” said Jordan. “That’s where were having a real effect on quality and the customer experience.”

Another automation announcement plays on those same themes—the convergence of all these various technologies getting connected together. Piestro, an automated pizza-making device, announced that it will partner with delivery bot startup Kiwibot.

While Piestro is still in testing and the literal connection is in the hands of robotics engineers at this moment, it’s an exciting look at the next baby step in automation. Piestro CEO Massimo De Marco, who also founded ghost-kitchen operator Kitchen United, said it enables a fully contactless pizza delivery.

“Let’s say, you’re at home sitting on the couch on Friday and you have this beautiful beer in the fridge. And you think, ‘I would love a beautiful pizza right now.’ You can go on the Kiwibot app and place your order. At that moment, the Kiwibot will be dispatched and will go to the closest Piestro location. The order will also go to the Piestro but not until the Kiwibot is close enough for the hand off,” said De Marco.

Piestro is loaded with frozen dough rounds and topped with fresh ingredients and cooked fresh. De Marco said it could be on a corner, in the back of a pizza shop or in a multi-use space like a mall or building lobby. A new version of Kiwibot large enough to carry the 12-inch pizza will pull up, interface with the Piestro machine for a handoff and then head to the customer.

The latter part of that exchange is what’s still being figured out.

“There are two components that we’re still working on to integrate. One is the software and one is the hardware. Incidentally, the software is so much more simple than the hardware. There’s been a lot of different ways to collect the pizza,” said De Marco.

He said smart engineers, plenty of venture capital (Piestro is a part of the Wavemaker Labs, an investor in disruptive technology) and a rapid shift in consumer expectations brings something as futuristic as a robo-pizza being delivered by a drone within reach.

“There’s definitely going to be a lot of automation,” said De Marco. “We’ve been working on projects like this for a few years now. We had plans for the next two, three and five years, however COVID amplified this whole automation push so we accelerated as well.”