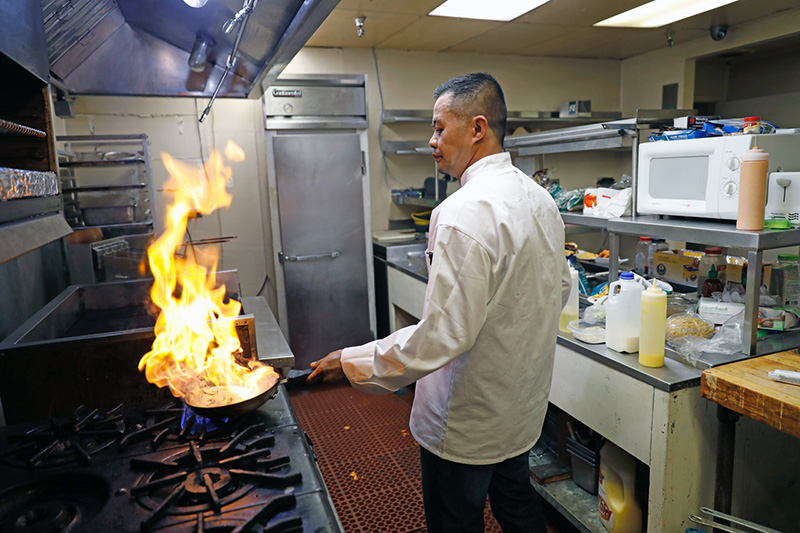 The appeal of virtual restaurant concepts for existing restaurateurs looking to monetize excess kitchen capacity is straightforward, but getting new online-only virtual brands up and running still takes work like negotiating new contracts, securing prime placement on delivery apps, creating branding and building buzz. A new company called Nextbite aims to simplify the process by offering restaurant operators its own handmade virtual restaurant brands they could implement in a flash, with no financial risk beyond food costs.

Nextbite’s CEO Geoff Madding said many people have the same response when learning about the company’s virtual-brands-in-a-box: I wish I had thought of it. One of the primary hurdles Madding sees, however, is being too far ahead of the curve. Delivery-only restaurant formats have yet to go mainstream, although vast sums of money pour into this new subcategory of the industry.

To get up and running, restaurants need to have staff, reliable excess kitchen capacity and basic equipment needed to cook the foods. Its eight ready-made virtual brands are trendy and similar to the sort of restaurant concepts that are especially successful in big urban delivery markets: Grilled Cheese Society, Monster Mac, Mother Clucker, Outlaw Burger, Empire Burrito, Jenny’s Biscuit, Atomic Wings and Ghost Grille. Additional brands are under development, and Madding said the company is amenable to working with existing virtual brands or groups who want to create new concepts with Nextbite’s assistance.

“When we get our brands out there, people start ordering right away,” Madding said, noting that sometimes his clients and leadership team have been amazed by just how quickly orders come in after flipping the switch. “I was chatting with another exec the other day who was saying, ‘I thought you said it’s really easy to sell [the concept.]’ I said, ‘It’s really easy to sell, but it’s really tough to find the right person to sell it to —once we do that, it’s really easy.’”

With a background in real estate and finance with Rock Bottom Restaurants Inc., along with time in the fitness and telecom spaces, Madding isn’t a newcomer to startups, but he said he’s never seen such a positive reaction to an entirely new business format.

First incorporated at the start of 2019, Nextbite expects to have 60 to 90 virtual locations up and running by the end of March. Finding those right restaurant partners, he added, is data driven, which means looking at what millennials and Generation Z-ers are looking for and where they live. Figuring out the demographics is relatively straightforward, but early experience shows it’s hard to predict ordering behavior, especially in locations near hospitals where third-shift workers could be ordering dinner at the crack of dawn.

“We don’t need much,” Madding added for restaurants looking to bring in a ready-made virtual concept. “All the concepts we’re doing right now, you can basically do with a flat-top and a fryer. A flame grill helps, but it’s not required, and you have to have that kitchen equipment.”

That basic must-have list excludes most fast-casual sandwich, salad and ice cream restaurants, but he noted that the company is exploring additional concepts that require even less equipment. “We want to enable as many people as possible,” he added.

Beyond equipment, the second vital requirement is capacity. Since food costs are the only expense for restaurant partners, even less than 10 orders a day can be profitable for the restaurant, but such a low-volume operation would be a bad fit for his company’s bottom line, Madding said, stressing it’s not difficult to ink a deal that’s mutually beneficial to both parties.

Speaking about average system volumes thus far, Madding said revenue splits are close to 50/50, with some Nextbite customers seeing margins even higher than those of their existing restaurants.

The virtual opportunity is not just with existing restaurants, he added. Bars with a kitchen, hotels and banquet kitchens are all prime opportunities, and facilities that typically have underutilized kitchen capacity.

Asked why restaurant operators would plug in a premade virtual concept rather than dreaming up their own brand, Madding said his company’s key offering is making this almost entirely painless to get up and running.

“We are in control and in charge of and on the hook for everything from menu creation, training, getting the third-party delivery stuff spun up correctly, fielding support calls, making sure we’re managing our reviews and the quality of our brands, that’s all on us,” he said. “We’re about running the company and paying you for your really great partnership and services.”

Nextbite targets all-in food costs of approximately 25 percent of total revenue, which includes packaging. Its contracts are month-to-month, meaning that clients can opt out at any time if the numbers don’t pencil out.

Madding said one of Nextbite’s primary challenges is the newness of the company, plus they’re still working to build national awareness for its stable of eight virtual brands. In addition, extremely well capitalized ghost kitchen providers like Kitchen United and CloudKitchens, as well as the national delivery providers, have yet to show their full hands.

With the entire country a clean slate, Madding said the company is currently targeting NFL cities and college towns, which tend to have denser, urban populations and clusters of high-value customers that are predisposed to delivery compared with older populations.

No matter where the brand goes, he said the goal is using his concept to pad the bottom lines of restaurant operators working to beat back multiple headwinds at once, from the rise of advanced restaurant technology systems, rising minimum wages and increased competition from all fronts, especially in the realm of delivery and customer pickup.

“We are not in the business of putting restaurants out of business, forcing them to close their doors, change what they do or what they want to do,” Madding said. “We are empowering them to survive and thrive in a new economy that is here, growing and not going anywhere.”