Taming the Delivery, Expo Line Dragons with Cameras and AI 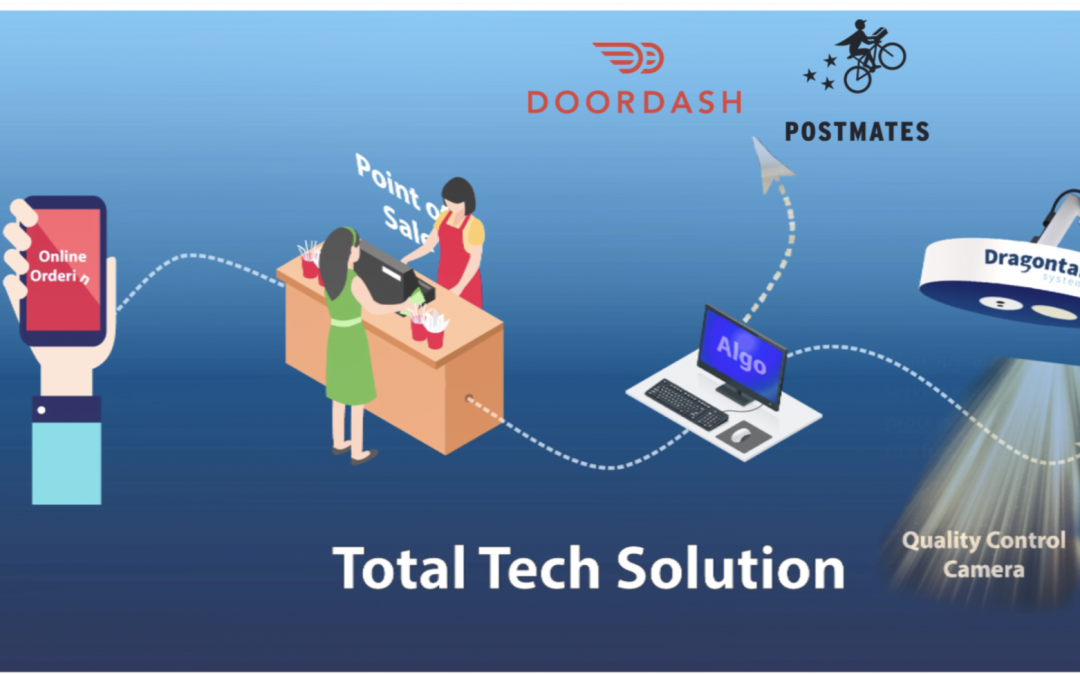 With algorithms determining the most efficient cooking order for line cooks and AI-enabled cameras that detect order accuracy right as meals come out of the oven or off the line, Dragontail Systems is helping some of the largest restaurants like Domino’s and Pizza Hut seamlessly integrate curbside and delivery orders into the mix without placing that nearly impossible task solely on the shoulders of floor managers or expediters.

Dragontail Systems CEO Ido Levanon spent most of his adult life in the U.S. working for Fujitsu in San Diego and Dallas before moving to Israel when he was approached by a regional Domino’s and Pizza Hut operator who wanted help integrating off-premises orders into their finely tuned kitchen operations that were being upended by big changes in customer ordering preferences.

While investigating the restaurant industry, Levanon was struck by the number of crucial restaurant functions that were still made in a fully manual way, often at the sole discretion of a manager or expediter trying to determine which orders needed to get fired at what time—a task that’s further complicated when hungry guests in the dining room see takeout and delivery orders going out the door while they’re still waiting for appetizers or entrees.

“All the AI advancements [in the world] never touched the restaurant, so seven years ago the idea was to develop a company, we called it Dragontail Systems, that will basically build a system that is AI- and algorithm-based that will optimize every key decision that a shift manager or store manager has to make,” he said. “We decide when to [cook] it in the kitchen, when to pack it, when to dispatch it, which driver takes this order … and it’s quite a complicated system and, as of today, there is no other system like this.”

Describing a typical restaurant line on a busy Friday night, Levanon said even a “math genius” would struggle with the task of juggling 50 outstanding orders, with impatient in-store diners and a growing line of curbside customers and third-party delivery drivers—and deciding the most efficient order to fire one ticket over another. It’s a task that doesn’t just vary by the number of orders or how full the dining room is, but takes into account everything from weather, traffic conditions and even the location of delivery drivers heading back to the restaurant for their next order.

To achieve this near-holy balance in busy kitchens, Dragontail’s secret sauce is twofold: complex algorithms to optimize cooking orders and AI-enabled cameras that are just as good—or better—than humans at determining if the pizza order matches what’s coming out of the oven.

“It’s a very complicated algorithm and AI machine, and one of the reasons no other technology company attempted [this] is because, let’s be honest, it’s not easy to put high-level technology in a restaurant environment, and it replaces the manager’s decisions that they currently make manually, so it takes time for the manager to let go and let our system make the decisions,” Levanon said.

Calling its homegrown tech “like borderline science fiction,” Dragontail started with placing technology in Domino’s locations in Australia and New Zealand—to the tune of 850 locations so far. In a matter of seconds, when a pizza trundles its way out of the oven, the system takes a picture, recognizes all toppings, even those below the cheese, and determines the quality of the crust and cheese, all while connecting to the point of sale system to verify the final product matches the customer’s order. It can even send customers a picture of the pizza with the exact time and temperature as their order came out of the oven.

According to the company, those first Domino’s locations sasw major improvements in customer complaints, down 15 percent from a previous control period. Dragontail’s technology has since been rolled out in scores of Yum Brands locations, including Pizza Hut, KFC and Taco Bell, with similar claims of fewer complaints and shortened average delivery times.

“We control the kitchen, we connect to the dispatching, to the driver’s location and everything, so there is never a situation where the meal is waiting on the bench waiting for the driver to show up, like happsn at so many other places,” Levanon added.

Even though many of the brand’s first customers are big-brand pizza chains, the CEO said that’s just a coincidence and a result of the company going “where the customer took us.” He promises similar benefits to burger and chicken brands, as two additional case studies where the product significantly degrades when delivered too long after it was freshly cooked.

Using the example of some Pizza Hut stores in the UK, Levanon said it’s not uncommon for managers to question the decisions of the high-tech kitchen management software. With the option to override the system, Pizza Hut eventually forced their franchisees to comply with the system by requiring a password and a stated reason whenever wanting to override the system’s decisions. After that heavier-handed decision, Levanon said those locations saw significantly improved performance, most notably in guest satisfaction surveys.

“Basically, it shows that, at any restaurant you go to right now during busy hours, there are many non-optimized decisions that have been made, and it’s nobody’s fault, it’s just humanly impossible,” he added. “We say ‘forget it, let the system make the recommendation’ [and] imagine you had all this spare time to do other things like take care of customers.”

After vetting the technology at what he called “powerhouse brands,” the company is now staffing up its new U.S. office, with hopes of bringing the technology to smaller, less massively capitalized restaurants that could benefit from the same high technology. With the technology now fully developed, he estimated that it would cost most restaurants somewhere between $150 to $200 a month, aside from setup costs.

Another COVID-specific advancement is the ability for the system to detect if those preparing meals are wearing masks, and even if they’re wearing them correctly, which might sound quite big brother to those behind the line, but would be reassuring to customers as the pandemic continues.

Dragontail also claims that its technology can enable a “virtual drive-thru” where the system detects when pickup orders are approaching the restaurant, so the food is just coming off the line by the time the customer arrives, and then a staff member can be automatically dispatched to bring the meal out to the car so they don’t even have to park or alert the story on their arrival.

“They can have that same technology that cost millions to develop,” Levanon said of smaller restaurants. “The ones who benefit the most—the ultimate type of customer that would get the most amazing results is somebody who [has] at least 20 percent of their business coming from delivery and they want to grow that percentage.”