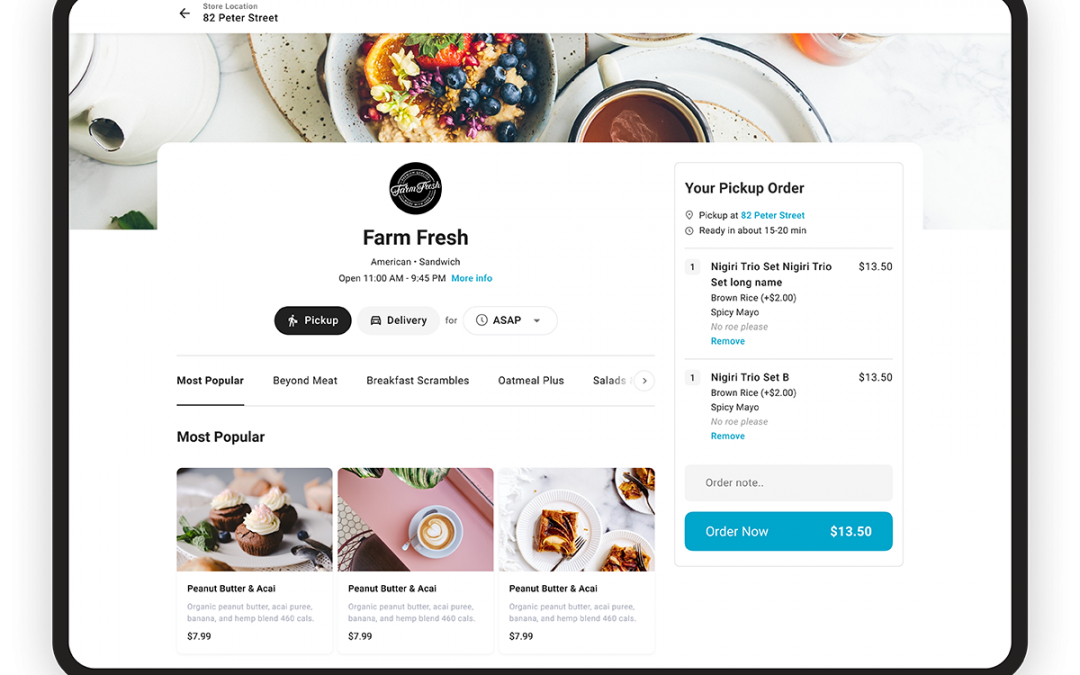 Ritual, a Toronto-based tech startup, has launched a new service to help small- and medium-sized restaurants in the Chicago metro area set up delivery, takeout and contactless orders. Called Ritual ONE, the new service initially debuted in its home city before rolling out to Chicagoland in late June.

For new restaurants on the platform, Ritual is offering a free commission promotion for the service that normally costs $49 per month for individual restaurant locations. Ritual added that “any current or new Ritual customers in the Chicago area will receive the service for free for life” if they sign up by July 31.

Chicago is just the first U.S. market for Ritual ONE, and the company is planning to move into additional cities with similar “free for life” offers. For this first U.S. city, its beta test of Ritual ONE began with a select group of restaurant partners, but has since expanded to a larger pool of restaurants with additional features including custom branding, loyalty programs and access to customer data, among others.

“Chicago is a special city to Ritual, as it was our first expansion city outside of Toronto,” said Ritual Co-founder and CEO Ray Reddy. “We believe local restaurants are what make communities thrive, and we are here to support them as we work together to help kick start our economy again.”

Maxx Freedman, general manager of North America at Ritual, compared the service and its rollout to Tesla, where the company will continue to ship out new features and updates over the air each quarter.

Framed as a way to support local restaurants, Ritual’s new ONE offering “strives to put digital ordering technology directly into the hands of the restaurants themselves,” the company said in a press release. “Rather than adding fee payments and requiring customers to download the app, the capability integrates with the restaurant’s website to facilitate online ordering without any commission or monthly subscription fees for orders.”

More information on the program is available HERE.