The Art of Delivering in the Skyways of Minneapolis 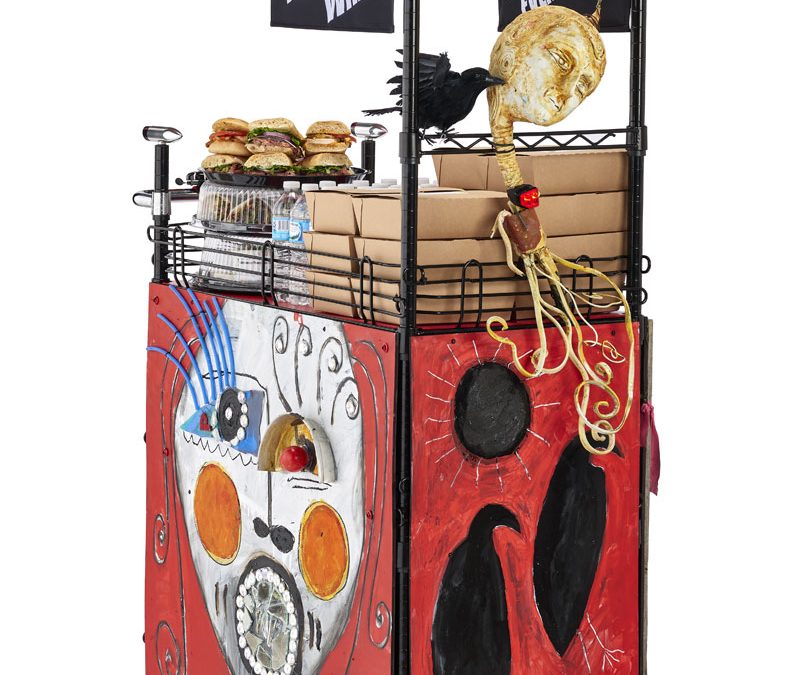 If the basement restaurant is Hell’s Kitchen, does that make the skyways heaven?

Downtown Minneapolis has around nine miles of skyways for commuters traveling from office buildings and hotels to retail outlets, restaurants, and other connecting locales. And while the common perception is the covered bridges were constructed so office workers could avoid Minnesota’s below-zero temperatures in the winter, city planners saw them as a solution to relieving heavy pedestrian traffic on the sidewalks and cars congestion on the streets. Building owners recognized the potential for additional rent from new skyway tenants.

On any given day thousands of office workers spill out into the skyways in search of nourishment from one of the approximately 140 different dining options. So when iconic Hell’s Kitchen decided to part company with its third-party delivery provider, they continued with their plan to build custom carts to deliver catering orders via the skyways.

This would be a nonstory if the restaurant in question was the average run-of-the-mill restaurant content with metal service carts. But it’s Hell’s Kitchen, which is known for its irreverent marketing, dark artwork and strong commitment to looking like Hell—a happy, well-fed hell, albeit.

The three carts, which are impressive brand ambassadors for the full-service restaurant and bar, are referred to as Hell on Wheels, sport original art by local artist David W. Cook.

Cynthia Gerdes, co-owner of the restaurant, discovered the artist at a friend’s home where a “huge piece of weird collage” art was displayed. She says she immediately thought, “His work is so Hell’s Kitchen, so Cynthia.”

Gerdes visited the artist at his Hasting, Minnesota, garage studio, and picked through the canvases he had leaning against the walls. She purchased a couple for the restaurant, and later decided they would be the perfect embellishment for the carts. She says she was going to have vinyl reproductions done, but Cook insisted on painting the collages right on the door panels. In addition, he added a sculpture for the front of the cart that ties in the open-mouthed face and crow’s motif. Bumpers protect the artwork from elevator doors closing or being run into walls or people.

The drawback of the stylish carts, she admits is that people may want to take pictures with the cart, which would slow down delivery times. They may be the only catering carts in the skyway with a no selfies policy.

Her team spent two months testing the cart delivery—doing timed trial runs, designing a limited menu that wouldn’t put stress on the kitchen during the restaurant’s lunch rush and selling the service to various offices to be guinea pigs.

The catering menu consists of sandwiches, salads and wraps tweaked from the regular menu. A minimum order is six-plus.

They’re hoping to avoid the problem they had with third-party delivery, which in addition to costing a significant portion of the sale, interrupted their sit-down lunch business, by requiring 24-hour advance notice on orders.

The carts will be ready to roll in late August. And while Hell’s Kitchen may have competition for catering orders, in the delivery department, they’re going to be Hell on Wheels. Always the art lover, Gerdes admits to getting carried away with the cost of the carts—$1,800 each.

“I may be shlepping these carts into retirement,” Gerdes says, laughing.