Zuul Buys Ontray as it Plans to Grow 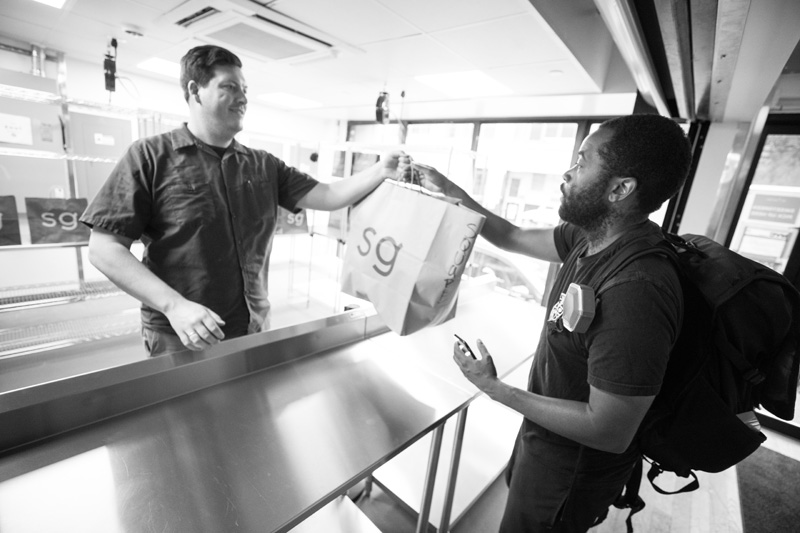 New York City-based Zuul Kitchens acquired an online ordering platform in an effort to bolster the company’s technical and sales expertise as it looks to expand beyond its single nine-bay facility in Manhattan. Philadelphia-based Ontray’s CEO and co-founder Tyler Wiest has joined Zuul as its chief technology officer, while Charlie Costanzo is now the ghost provider’s business development lead.

Wiest said both companies share the similar goal of “returning the power and purse back to individual restaurants.” In an interview with Food On Demand, he added that this significant change in his own focus will fill a significant knowledge gap as Zuul plans to open additional ghost kitchen facilities, improve its profitability and help restaurant tenants better manage the digital side of the business.

Now the CTO at Zuul, Wiest said he’s an “entrepreneur through and through” as he shared previous experience that includes building a puppy-crate business in high school, being part of a landscape enterprise, becoming a web developer and, later, co-founding an Ohio-based real estate management company. Ontray was first launched in 2016, with a goal of helping smaller, independent restaurant operators compete in delivery without sacrificing unit-level economics.

“I didn’t think it was that hard of a problem to solve, so I built my own solution,” he said of Ontray’s beginning. Getting the company off the ground required a lot of “boots on the ground,” starting with the independent restaurants in the Philly market he was already familiar with. The company soon found traction in the market, and scaled up with internal resources, outside of what he called a small “friends and family” round of investment.

Ontray also added a second product during its run, which he characterized as a “white label Grubhub solution” that allows restaurant operators to manage their delivery process, edit the delivery menu and make whatever changes needed to “help restaurants pump up their volume without having to rely on the big guys.” This strategy allowed restaurants in smaller markets, like ski towns that are highly seasonal, to offer delivery in markets that weren’t covered by national third-party delivery providers.

“We were working with a lot of independent restaurants that often, literally, have a fire in the kitchen that is more important for them to deal with than what their online ordering solution is that day,” he added.

The Ontray name will not continue after the acquisition, but the company’s intellectual property and experience will be brought into the Zuul system to help the company expand, while easing operations for its restaurant tenants.

“I see what Zuul is doing as the next iteration of the industry, what Grubhub was back in 2005,” Wiest said, adding that it’s an especially challenging climate for smaller restaurants. “It’s a really tough world when you don’t have millions of dollars in the bank to invest in R&D and build your own solutions.”

He added that he fears smaller restaurants are going to “get commoditized away,” so that focus will be the connective tissue between his role as a founder and CEO, to now helping Zuul build out the technology side of the business.

By improving Zuul’s own economics, Wiest said this combined entity will be able to pay more for real estate “because we’re making more on the back end.” When asked about competition from larger ghost kitchen providers with seemingly endless cash on hand, he compared the landscape to a “Coke versus Pepsi argument where every time Coke and Pepsi were advertising against one another, they were just expanding the market.”

Looking ahead to the next year or two, he said he’s waiting and watching for the capital stream to run dry as more brands in the restaurant delivery and off-premises ecosystem are forced to turn a profit as the great land rush for customers and territory eases.

“This will provide an opportunity for those independents that might be struggling now to jump into a more sustainable solution and continue to work with the customer base they’ve been building up for the last however-many years,” Wiest said. “I want to keep empowering those neighborhood staples, and I don’t think that the economics Zuul is putting out there is going to prohibit any independent from doing that.”