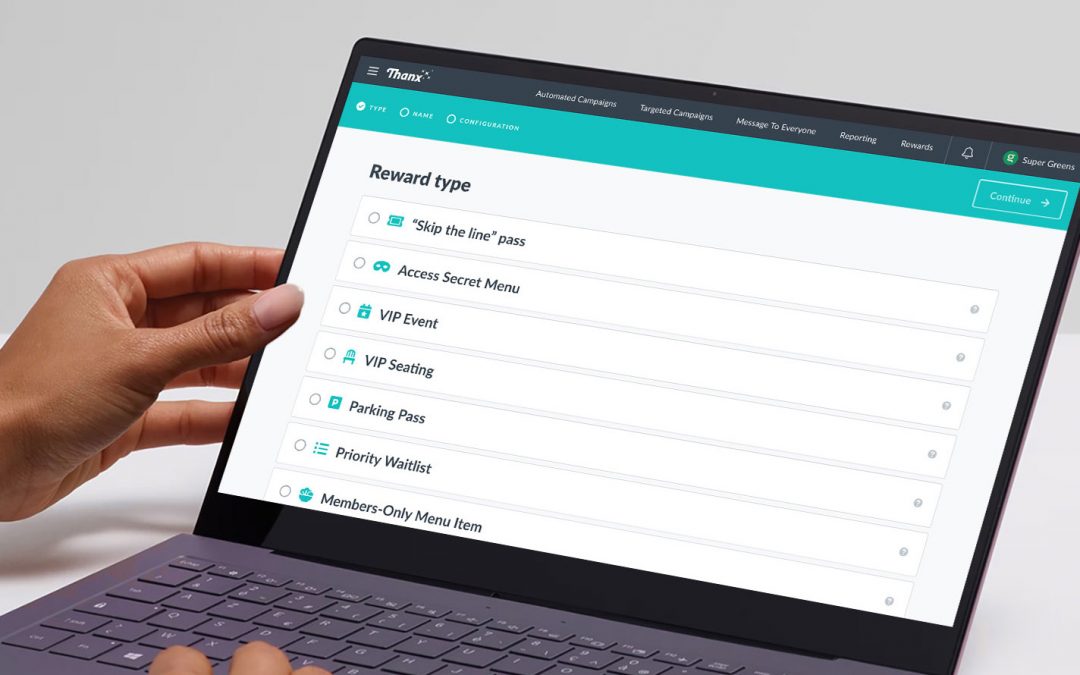 Loyalty is top of mind for the restaurant industry as operators look to build a better mousetrap and bring customers back again and again. For companies leading in loyalty, that’s a great way to keep customers close, but with every new loyalty program, the loyalty mousetrap becomes more of a commodity.

“Those programs become less effective if they all look the same,” said Thanx founder and CEO Zach Goldstein. “Effectively, when it becomes table stakes and everyone has a buy X get Y program, they are no longer to be able to build those deep one-to-one relationships because those look kind of the same as the next guy.”

McDonald’s, Wendy’s and Burger King all have new loyalty programs, the third-party networks are building more capabilities and pushing their paid membership programs to keep customers engaged and scores of small restaurants digitized their punch cards. That makes plugging customers into a loyalty program as much of a market share battle as getting them to come eat.

That’s why Thanx is rolling out what it calls Loyalty 3.0, a new suite of tools that give brands nearly endless options to create a novel loyalty program that matches the novelty of the brand.

Goldstein said this is a natural continuation for the loyalty space. The first iteration of Thanx’s loyalty was essentially digitizing those punch cards; 2.0 meant using the data collected by those rewards into deeper engagement. With the latest tools in Loyalty 3.0, he said restaurant marketing folks are untethered from off-the-shelf programs.

“We believe the core loyalty program has to have as much configurability to be as truly unique as your brand,” said Goldstein.

The goal for Loyalty 3.0 is “infinite permutations” of targeting, triggers and actions. For example, giving just the top 5 percent of customers access to a secret menu or early access to a seasonal LTO. Those kinds of options give customers deeper ways to connect with brands they love.

“What we’re seeing, with the right exclusive invite to an event or a limited run of swag or secret menus, the change in loyalty is way higher and when you talk about driving a bigger increase in frequency and it costs you less because there are no discounts,” said Goldstein. “What would certain McDonald’s customers do for year-round access to the McRib? There is that kind of opportunity.”

One shudders to think how far a McRib devotee would go, but Goldstein said offering customers a visit or sales challenge to get a certain reward opens up all sorts of possibilities that increase frequency without eating away at profit margins.

“There’s is a very significant—as much as a four times difference—between a customer that come twice and one that comes a third time,” said Goldstein. “You can identify though Thanx, without any data analysis, what percentage of customers who have made two purchases make a third in a certain timeframe.”

With that target and the goal of getting to a third visit, a marketing person can then test different offers to see what works. The A group might get a typical discount but the B group might get a challenge to come back to get admission to a VIP event, both metered automatically between targeted customers to find the ideal offering. He said the whole process is as almost as easy as clicking a dropdown of targets and another of actions.

Another trick for the off-premises space: successful conversion from third-party to first-party ordering.

“Now we’re seeing the next logical way, it’s not enough to be able to just order. I have to make it attractive for the consumer or they’ll go back to the third parties—that’s where loyalty comes in,” said Goldstein. “We’ve been very successful driving a conversion to first-party and retention.”

He said for some brands, Thanx has helped save six figures in just third-party commissions per location. That’s at the very high end, of course, the new tools offer loyalty perks external operators just can’t match.

“Consumers have an emotional connection to restaurant brands brand, we do not find when you interview consumers that they have a huge loyalty to Uber Eats or DoorDash,” said Goldstein. “When you can get something special by going direct that you can’t get via third party, that’s the extra push they’re looking for and that’s what so effective.”

He said he can’t roll out new features fast enough, and the company is in a constant beta, tweak and scale cycle as it adds scores of new functions. According to Goldstein, Thanx’s Loyalty 3.0 tools will continue to roll out through the year.