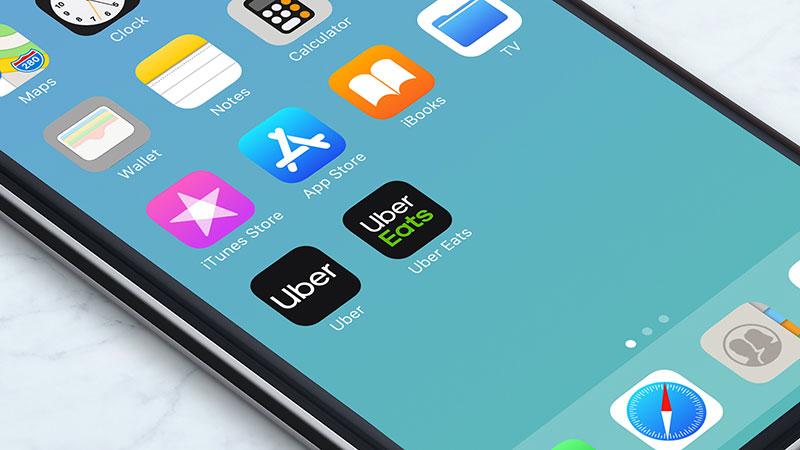 In Uber’s attempt to acquire Grubhub, the second-largest U.S. restaurant delivery service, there are stumbling blocks beyond agreeing to a selling price, which is speculated as being responsible for holding up the deal at present. If financial terms are settled, the government gets a chance to weigh in and decide whether this potential combined entity would have a negative impact on both customers and restaurants.

During a conference call with Peter Saleh, managing director and restaurants analyst at research firm BTIG, antitrust expert Seth Bloom, president of Bloom Strategic Counsel, shared his insight on what could be the key stumbling blocks as the federal government begins its analysis of this potential industry-rocking deal .

Bloom has 20 years of experience in the antitrust realm, including time working in the Department of Justice’s antitrust division and the Senate Judiciary Committee’s antitrust subcommittee before starting his own firm in 2013.He said this could be the start of a process that could drag on longer than a year given the complexity of the delivery industry and challenges of determining the competitive landscape beyond the “big four” delivery brands of DoorDash, Uber Eats, Grubhub and Postmates.

It’s an interesting intellectual exercise, trying to figure out the entire buffet of competitors to the largest, best-known delivery brands. Does that include grocery stores or grocery delivery services like Instacart? What about restaurants like Domino’s, Papa John’s and all the local, independents that have their own delivery drivers?

“It’s going to be a lengthy request for information,” Bloom said, adding that governmental regulators may ultimately compile “hundreds of thousands of pages” to determine why the brands decided to pursue the deal, what their intentions are if the two brands are combined, who the brands view as their competitors, what they think are all the relevant markets, details on marketing efforts, how the delivery services acquire customers and how they determine the pricing of their services, among many other factors. “In addition to that, they will be asking for written information, asking questions and they’ll likely be interviewing a number of corporate executives of the merging parties during this time.”

While many reports about the possible acquisition have simply added together market share figures for both companies to reach an estimated market share that’s higher than 50 percent, Bloom said those frequently cited numbers are “meaningless” because that logic is not how antitrust regulators make such decisions.

“They’re not going to come in with preconceptions, they’re going to look at the documents and interview the people and try to get information to determine what the market is,” Bloom said. “This isn’t a national market. These are all a whole bunch of local geographic markets.”

Using the example of him at home in Washington, D.C., Bloom said that if he wants to order delivery on a given day, he’s not just thinking about options from national delivery providers. That at-home calculus also includes smaller, more local delivery services, along with all the restaurants in his neighborhood that offer delivery, along with countless other food-to-go options.

Bloom added that it’s also unclear which federal agency will be selected to handle the regulatory review, the Department of Justice, which is part of the Executive Branch, or the Federal Trade Commission. While he speculated that the outcome would likely be the same under either bureau’s jurisdiction, he said that could change if the issue became highly politicized like the failed AT&T and Time Warner merger that President Trump personally opposed vocally.

Aside from some possible purchase prices between the two delivery giants, the government will also examine the impact on commissions and other fees on the delivery brands themselves and restaurants that pay those commissions, as well as consumers. With more cities enacting delivery fee caps, Bloom argued that could provide a feather in Uber’s cap should they argue that they no longer have the power to set their own prices in the marketplace.

Getting into individual markets, it’s possible the government could require the combined entity to divest its operation in specific geographic areas to avoid monopolistic power in a given market, which has happened in many mergers over the years. In addition, there’s the so-called “behavioral remedies” that could restrict things such as raising prices for a certain period after a possible transaction.

With all of this upcoming government activity as a backdrop, Uber CEO Dara Khosrowshahi has continued making the case for a possible merger in interviews.

“This market is much broader than some people are presenting it to be,” Khosrowshahi said in a recent Recode’s Decode podcast. “Restaurants deliver directly, Domino’s, et cetera, delivers directly, grocery is delivered directly including hot food, so I think that I would disagree with the definition of market. The market just got bigger … I think that this delivery of food and essentials to homes is an enormous market, and I don’t see any one or two having 90 percent of that market. It’s way too big a market.”

He suggested that commissions might have to increase for any large-scale delivery service to turn a profit, saying that after its payments to couriers, Uber Eats pockets approximately 12 percent of an order’s total, which could move closer to 15 percent by scaling and growing the business from the present moment.