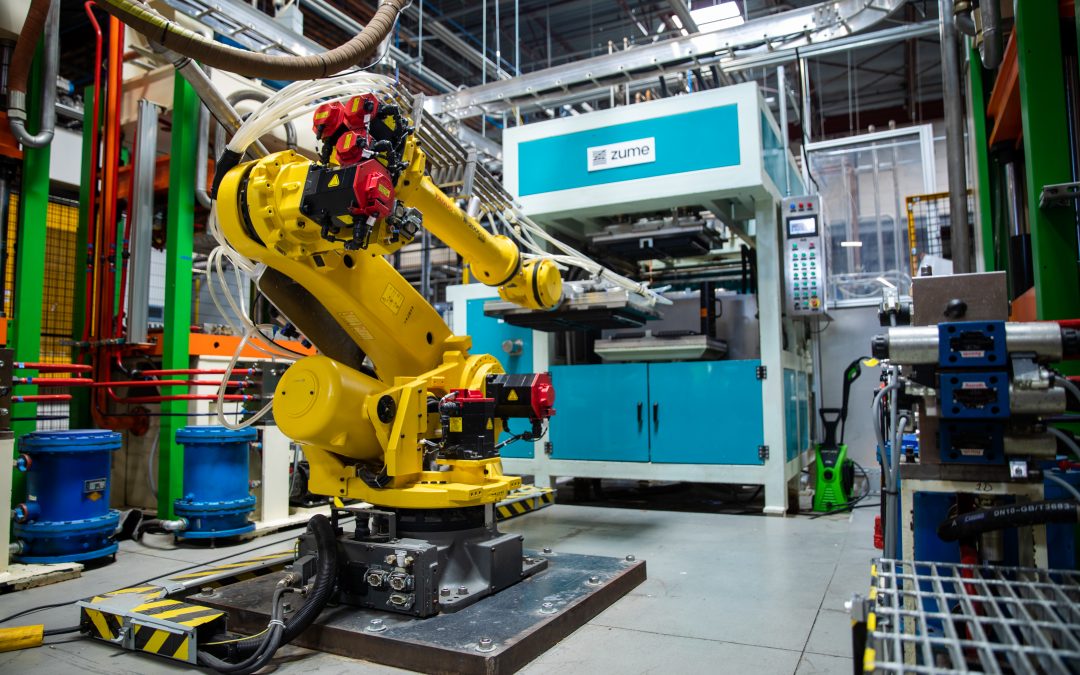 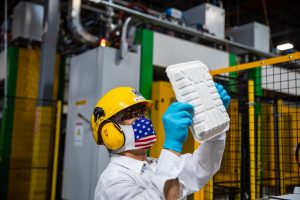 With the closing of $122 million in bond financing, Zume’s joint venture with Jefferson Enterprise Energy will fund construction of a manufacturing facility with an onsite renewable energy plant in Lufkin, Texas, northeast of Houston. The 55-megawatt biomass power plant will provide energy for a renewable fiber pulping facility that will produce high-strength renewable pulp from wood waste and agriculture waste materials.

It will be the first factory of its kind, according to both companies. The project received the support of the City of Lufkin, Angelina County, as well as Texas Governor Greg Abbott and the Texas Attorney General Public Finance Team, which paved the way for the sale of Private Activity Bonds to help make this vision a reality.

“Waste plastics are one of the greatest ills to our environment and we must come together to create alternative methods to fix this problem,” said Al Salazar, founder and CEO of Jefferson Enterprise Energy. “Our partnership and reliance on Zume’s technology is something we are proud to stand behind.” 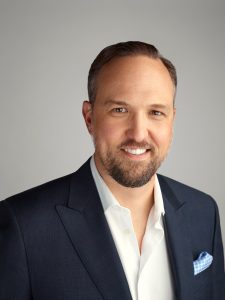 Zume Chairman and CEO Alex Garden calls this latest initiative, first announced in 2019, his life’s true calling. That’s especially notable for an executive with several high-profile successes and a few missteps under his belt. At its peak in the late 2010’s, Garden and his team grew Zume to a multi-billion-dollar valuation that included a $375 million investment from SoftBank propelling the company to the forefront of the restaurant industry.

“We started the business realizing there were a number of huge categories of problems in the world that were going to come and bite us: food security, water security, climate security, political security, and we realized that food and food production and distribution, those are the highest points of leverage in all four of those areas globally—and off we went trying to solve the problems in the global food supply chain,” he said of the company’s earliest days. “Some of them worked and some of them didn’t, it was a process of furious invention. We had a lot of trials and tribulations to overcome, not the least of which was COVID—holy guacamole—but then it all began to work.”

Some of Zume’s early successes, like sugarcane-based Pizza Pods, taught the company valuable lessons about manufacturing and packaging, which the company put to use in its latest endeavor. The result, Garden said, is now producing the most advanced packaging manufacturing machines on the planet “by a long shot.” 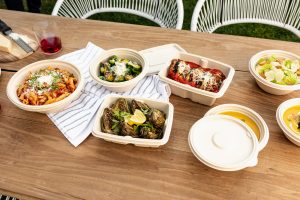 Developing fully compostable food and retail packaging that’s “gone in less than 90 days” after it’s underground also meant developing rapid prototyping systems “to create products at speeds that had never been seen before,” all of which the CEO said had to be done ”because those problems would have prevented us from being successful.”

The United Nations said there will be more plastic than fish in the world’s oceans by 2050, much of which is caused by single-use plastics, including packaging. Attacking a problem of this scale meant not just examining the manufacturing side, but also looking at the sales component of the packaging business, as well as what small and large restaurants, medical brands and retailers care about in a world where consumers are demanding more from the brands they support.

Garden says this approach means Zume now sits in the middle of a two-sided marketplace of product development and industrial outsourcing, which he said is the key to reach the production scale multinational brands require, and what the global environmental crisis also demands.

“Every retailer is howling at the moon, customers are demanding change, but it’s not happening,” Garden added. “No consumer is willing to accept lower performance, so the bottom line is, science created this problem and science has to solve it—and that’s what we do here at Zume.”

The final result is what he termed a “direct fill line replacement” for Styrofoam, cardboard and plastic packaging, while costing as much or less than those traditional products. In testing, he claimed its foodservice packaging can be filled with boiling water, turned upside down with a lid on, shaken vigorously, and the lid will not come off, nor will a single drop of water leak out.

“We’re the only company in the world that makes leak-proof, compostable food packaging that performs like Tupperware,” he said. “It’s amazing.” 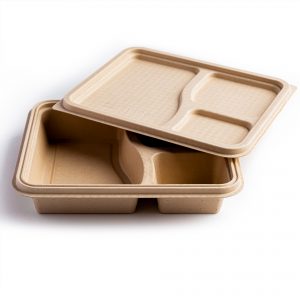 Developing this product is only part of the solution, he added. Zume is working with what it called “the largest industrial companies in the world” to offer them “turnkey factory solutions” so Zume can effectively outsource its technology to allow manufacturing of its products all over the world. Garden said the company is already in 22 countries and expanding aggressively.

Another critical part of the company’s long-term plans includes working directly with retailers and manufacturers to prove that these packaging solutions are in their best interest, both financially as well as to reach their sustainability objectives. Garden said the company has announcements coming soon with “accounts that are so large that your eyes will bulge out of your head.” The key to landing such big fish, he said, is proving the cost of switching to better, lower-impact products is low. He called that the holy grail in reaching the scale he’s working toward.

“In retrospect, the reason I’ve invested every minute of my life up to this point is to be in a position to capitalize on those skills and that experience, to make a contribution, to make the world safer for the people we care about, period,” he added. “For better or for worse, I will tell you, that is an unlimited source of energy, it really is, so if I don’t drop dead, I got this, because I never forget why I’m doing it.”