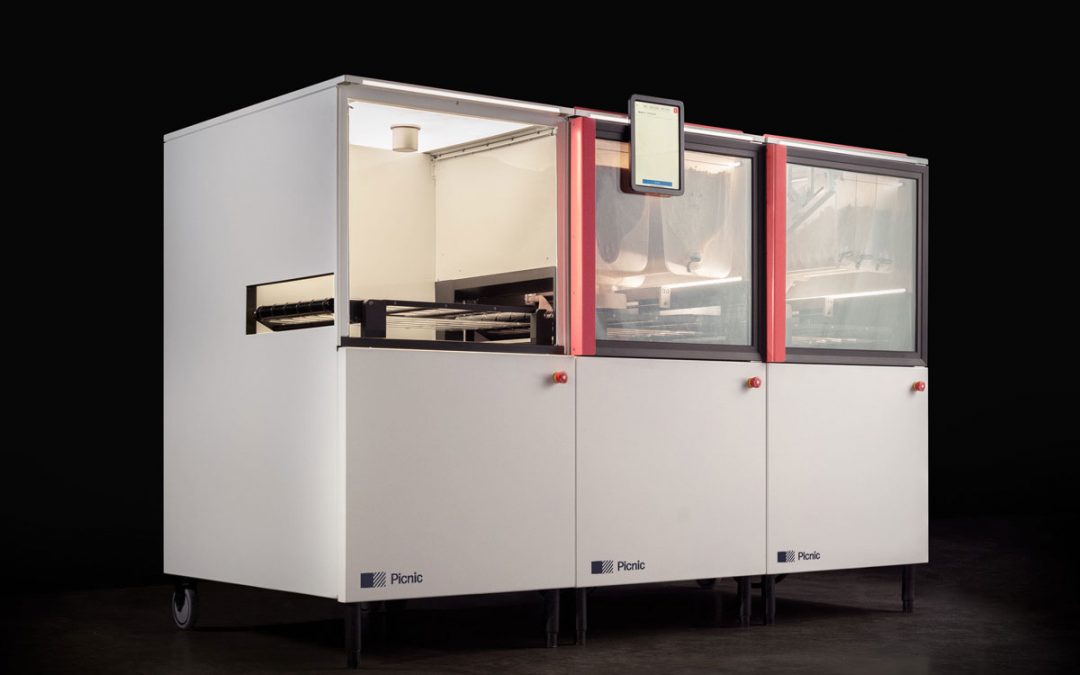 In a flurry of robotic restaurant news, the potential for pizza or salads made by robots is creeping closer to Main Street.

Arguably the biggest news was Sweetgreen acquiring Spyce. The salad and bowl company is almost fully automated. The three-location concept is built around a large device that creates grain bowls and salads that stir the ingredients in a robotic bowl before dumping them into consumer packaging. Sweetgreen CEO Jonathan Neman said the acquisition will help the company tackle the experience for customers, but also for teams in a time of ongoing labor difficulties.

“We built Sweetgreen to connect more people to real food and create healthy fast food at scale for the next generation, and Spyce has built state-of-the-art technology that perfectly aligns with that vision. By joining forces with their best-in-class team, we will be able to elevate our team member experience, provide a more consistent customer experience and bring real food to more communities,” said Neman.

The deal is expected to close in the third quarter of this year and combine Sweetgreen and Spyce teams. The companies gave no word on when the first Spyce-technology-powered Sweetgreen might launch.
Piestro is also closer to the real world. The automated pizza device developed by Kitchen United founder Massimo De Marco is specifically targeting delivery. He told Food On Demand that he envisions fully-autonomous pizza deliveries happening some day.

“Let’s say, you’re at home sitting on the couch on Friday and you have this beautiful beer in the fridge. And you think, ‘I would love a beautiful pizza right now.’ You can go on the Kiwibot app and place your order. At that moment, the Kiwibot will be dispatched and will go to the closest Piestro location. The order will also go to the Piestro, but not until the Kiwibot is close enough for the hand off,” said De Marco.

The new partnership with 800 Degrees, however, targets off-premises and 24-7 operations. Piestro is in the midst of a crowdfunding campaign to continue funding the development of that futuristic pizza, but the partnership is set to bring Piestro devices to the real world in high-traffic areas. The possible timeline of that happening was not announced.

Finally, the most palpable real-world push for highly-automated foodservice is the official launch of commercial sales for Picnic. Dubbed a pizza-assembly bot, the sleek device stands between dough prep and the oven. That’s where CEO Clayton Wood chose to focus because it’s a tough, high-pressure and largely thankless job that employees don’t prefer. It’s also a job that’s very difficult to staff.

He said the rest of the year highlighted the need for more automation in the especially difficult world of food.

“Getting any hardware product to market is always a challenge and food automation presents special challenges due to the highly variable properties of food,” he added. “The pandemic has increased demand but has also injected a level of uncertainty with operators coping to overcome the transformational change in the industry.”

Picnic started taking orders at the 2021 Pizza Expo. Production will continue through the year with the first devices hitting stores in 2022 with a robotics as a service model (get used to seeing the RAAS acronym). The device will run $3,500 to $5,000 a month depending on configuration and product volumes. The company just snagged another $20 million in a Series A round last month to ramp up production and innovation.

Wood said he can see the use case across the vast foodservice world. He and other automation leaders just need to get their devices out to meet real-world demands.

“Now that we have released our product and the industry is coalescing around new approaches to food production, we see clear sailing ahead,” said Wood.