DoorDash to Acquire Wolt for $8 Billion

Consolidation continues in the delivery sector. DoorDash announced it has agreed to acquire Wolt (pronounced “volt”), a Helsinki-based delivery firm in an all-stock transaction that values the company at approximately $8.1 billion. If the proposed merger goes through, it will be the largest in the meal delivery space.

“This partnership is really about acceleration and expansion to play for a bigger prize on an even larger global stage,” said CEO Tony Xu on DoorDash’s Q3 earnings call. Relative to its peers, DoorDash has been slow to expand internationally. The company’s delivery service is only available in four countries: the U.S., Canada, Australia and Japan, while Uber Eats is available in 33 countries.

“Wolt operates in 23 markets, of which 22 are in new markets for DoorDash,” Xu continued. Wolt’s countries of operation include Germany, Poland and Czechia, and have a total population of more than 370 million. The only overlap between the two companies is in Japan. DoorDash launched in Sendai, near Tokyo, in June. 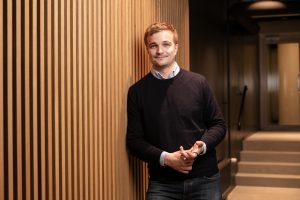 Miki Kuusi is the co-founder and CEO of Wolt.

DoorDash is reportedly in talks to make a significant investment in German grocery delivery firm Flink. An article from the Financial Times puts the figure at $400 million. The recent spate of deal-making may lead to a delivery “cold war” in Europe, Barclays analyst Ross Sandler told the FT.

This isn’t DoorDash’s first acquisition. It acquired Caviar, a San Francisco-based food delivery firm in 2019, and has purchased several robotics companies, including Scotty Labs, an autonomous driving company, and Chowbotics. Read Food On Demand’s coverage of the Chowbotics acquisition here.

Miki Kuusi, co-founder and CEO of Wolt, will stay on as head of DoorDash International. According to an investor presentation, “key executives and country leaders have agreed to join DoorDash.”

“Our priorities still remain. First, to build the number one food app in the U.S.,” said DoorDash CFO Prabir Adarkar on an earnings call. The acquisition “preserves [DoorDash’s] existing management bandwidth to go after the large opportunity that exists in the U.S.,” he continued. 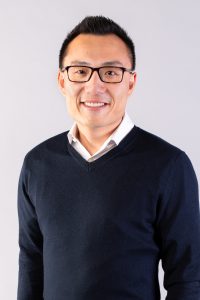 DoorDash reported Q3 earnings alongside the acquisition announcement. The company beat revenue estimates by a healthy margin and reported higher order volume than it did in Q3 2020. The performance tells us what many operators already know: that 2020 delivery habits are here to stay, even as pandemic conditions ease.

DoorDash’s stock jumped on the news, although it’s unclear which news investors were excited about. Regardless, it’s a good sign for the company, which likely wants to avoid a Cat Rock Capital v. Just Eat Takeaway situation.