Peak Virtual Restaurants? Not Even Close 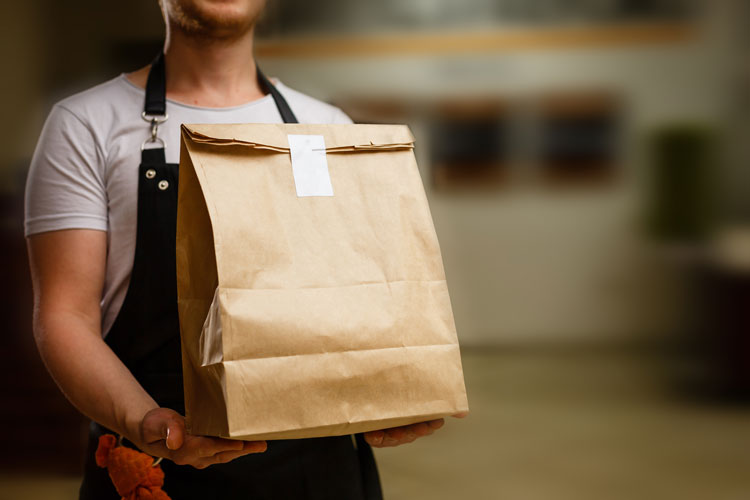 With the explosion of virtual operations in response to the pandemic, it bears asking: what is peak virtual restaurant?

According to panelists in a session of the Restaurant Finance Monitor’s Restaurant Finance Week, we aren’t even close. The panel, titled The Economics of Virtual Restaurants, explored the space from a lot of different angles. As for the big question about economics, that depends.

“Absolute volume is tricky. Just looking at Uber Eats data, what we typically benchmark against what is the small business is doing on Eats and what is the incrementality VRs bring. What we’re seeing across all 8,000, VRs bring about 40 percent incremental sales on average,” said Adamowski.

Other factors that impact the topline economics include food type relative to what’s available in the area, pricing and how much marketing there is behind the virtual concept. Basically, if a restaurant is already doing 100 delivery orders a day, adding a well-targeted concept with some marketing behind it can push that to 140 delivery orders.

Adamowski said about 85 percent of virtual restaurants on Uber Eats are located inside existing brick-and-mortar restaurants. And that’s exactly what the other panelists are doing or helping restaurant operators do.

Aziz Hashim, the founder of NRD Capital and now Franklin Junction, said the new venture is designed around pushing the margins higher for that 85 percent of virtual restaurant host kitchens.

“We coined the term host kitchen; we say every single restaurant is a ghost kitchen, but we’re not going to spend money on infrastructure. Everything is a variable cost, until you sell something, you don’t pay anything. The food cost and the delivery cost is variable, there shouldn’t be any excess labor,” said Hashim. “I think people conflate the fact that if you’re going to help them put virtual restaurant in a restaurant, there has to be a cost. We’re just adding strategic menu items to our brands that are sold on delivery channels.”

He also said sales heavily depend on marketing, so there’s no straight line to the exact economics of the virtual kitchens, but host kitchens see better margins because all those variable costs depend on labor, rent, utilities and supply chain that is already in place.

At this nascent stage of the industry, economics are clearly murky, but the potential market looks expansive.

“I think this has a long way to go, Americans don’t realize how far behind we are at delivery,” said Hashim. “It’s easy to build in America. In other parts of the world you have to think three times before you can build. They were forced into delivery a long time before we were, now we’re catching up. I think saturation point is really far away.”

The base number of virtual restaurants is not the only question though, as André Vener, co-founder of Dog Haus and the virtual restaurant collection dubbed Absolute Brands, said during the session. If everyone keeps stamping out chicken wing or burger brands like they have been, some of those food verticals could get virtually saturated.

“If we all get the same playbook and we’re all on these panels thinking this is what my next eight brands will be, yes, I do think it will get saturated,” he added. “If you put the thought into on the packaging, the and the photography. If that can win you can knock out everyone because there’s always competition out there and the top brands will rise to the top. It’s people leaning into what they’re good at instead of being one of the 100 people that will launch a burger concept next month.”

Adamowski said one indicator that there is still plenty of whitespace is that 40 percent incrementality number. That, she said, has remained at 40 percent for two years.

“If we were reaching saturation, we’d watch that go down and it hasn’t,” said Adamowski. “I think there always been an appetite, excuse the pun, and when it comes to creating new restaurant brands and concepts VR is the lowest risk way to develop new concepts that could be the next big hit, so I’m really excited about the future.”

How that future plays out will be an evolution, as Ken Chong, CEO and cofounder of Virtual Kitchen Co. said. His brand helps restaurants figure out how they can approach the virtual restaurant and ghost kitchen opportunity, and noted that his work will change as the industry matures.

“I view this more as a long-term evolution, similar to the ecommerce revolution which is still happening. I think we’ll see various phases of trends, for instance, everyone launching a burger brand,” said Chong. “What we’ll see is this feedback loop of consumer behavior evolving as possibilities become faster more affordable and more options will change the consumer behavior. I think we’ll see continual evolution for the next 20 to 30 years.”

Check out the full panel for more insight into how to navigate the Darwinism within the virtual restaurant world free via the Restaurant Finance Week portal.