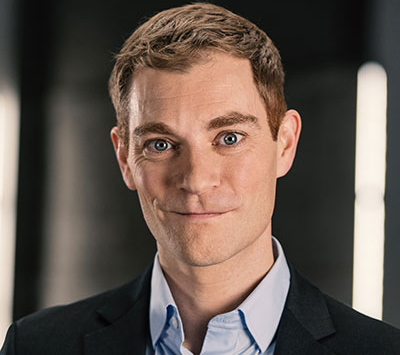 In the wake of the off-premises revolution, Olo founder and CEO Noah Glass has turned his attention to reinventing the experience of dining inside restaurants. With guests identified by their phone number or even biometrics like a face or eye scan, his goal is giving every guest the everybody-knows-your-name experience of a seasoned regular. 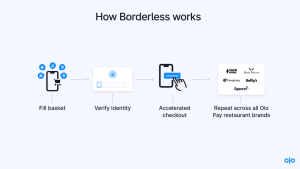 After steadily expanding the company’s range of modules through acquisitions and in-house innovation, Olo is leagues ahead of its early days 17 years ago—but also far beyond its capabilities of just a few years ago.

Where this all gets really exciting, the founder says, is when you realize what a truly connected, in-person dining experience can be like compared to the “crazy dance” we’re all so used to. It means drive-thru lanes know who you are before you’ve spoken a single word into the microphone, as well as kiosks that recognize your face and servers automatically knowing your likes and dislikes before you’ve even placed an order.

“We’re not at the top of the mountain, we’re at Everest base camp,” Glass says of the company’s current position. “We’ve been climbing for a long time, but we’re at base camp staring up at the peak of the mountain. Now it’s time for the real climb, and when we get to the top it’s going to be gorgeous and we’re going to feel so proud—but we’re not there yet.”

If that sounds like the lofty rhetoric of somebody atop a public company, you’re on the right track, but that’s missing the summit for the trees for a CEO who palpably loves his place in the hospitality arena. 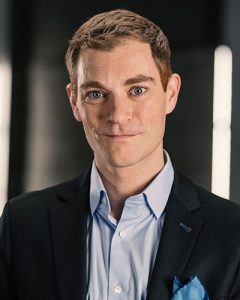 Food On Demand recently covered Olo’s introduction of Borderless payments, designed to speed and streamline payments across its network of 600 participating brands. It’s been positioned as a transformative checkout experience for guests, while unlocking increased revenue and data capturing for restaurants.

That functionality tracks with what scaled restaurant brands are focused on in this post-pandemic environment. Glass says diners should expect huge, tangible changes in the in-person dining experience as restaurants have a clear picture of who’s sitting down at a table—even if they’ve never visited this particular, hypothetical restaurant.

The company’s holy grail is making everyone feel like Norm, where you don’t even have to tell your server you dislike rosemary, love pinot noir and are ready to pay the tab, without going through the age-old song and dance of requesting the check and slogging through the many stages of paying for your meal.

“That’s what we mean when we say our mission is to help make every guest feel like a regular,” Glass said. “I think that’s a mission that scales.”

Where things get really interesting in the industry’s near future is when specific restaurants take this new technology a step further, like Shake Shack saying in its latest earnings call that it intends to put Olo-powered kiosks in every one of its restaurants.

Whether it’s using biometric recognition, reading license plates or even just tying a guest’s phone number to recent ordering data, restaurants knowing your identity before you walk in can enable significant upgrades in frictionless hospitality—and Glass feels even bigger leaps have yet to be cooked up.

Glass cites industry best-selling books, like Danny Meyer’s “Setting the Table” and Will Guidara’s “Unreasonable Hospitality” as north stars guiding the New York-based company’s long-term strategy, as well as his own tactics on stage at a conference or huddling with investor relations. He wants people within and outside of the restaurant industry to get as excited as he is.

“It’s sort of like a comedian telling jokes and seeing where do I need to pause and where do I need inflection so it’s clear and it’s funny,” he added. “How do I tighten up that explanation so people say ‘a-ha, that makes sense to me’ and remember it, so for me it’s a chance to iterate and improve—and that’s a big thing that I’ve always loved.” 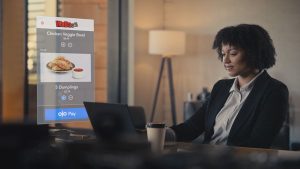 While Olo began by helping multi-unit restaurants seamlessly integrate delivery orders into existing technology systems, the company has dramatically added to its arsenal. When the company went public in early 2021, it had just four product modules. That number has grown to 12 in the intervening year and a half, not counting the hundreds of outside technology providers now integrated into the platform.

Purchasing the Wisely customer data provider in 2021 and Omnivore, a digital order logistics suite, in early 2022 were Olo’s biggest mile markers before its Olo Pay additions. Those homegrown and acquired capabilities help restaurants “do more with first-party data because they can’t do as much with third-party data,” Glass said.

Those outside integrations are especially notable, because of Olo’s explicit decision to remain open, rather than walling off its technology in a way that, he said, many point-of-sale providers did back in the early- to mid-2000’s.

That openness, in Glass’s view, loosely translates to “let’s enable cool things to happen” in an industry that still craves advancements in customer retention, lifetime value and personalization.

Olo’s top-down optimism is in contrast to investor sentiment, with Olo’s shares down more than 80 percent from post-IPO highs in the upper-30’s. Olo’s stock price is currently below the $7 mark, even with year-over-year revenue increasing 26 percent to $47.3 million during the third fiscal quarter.

Asked if that delta is frustrating, Glass said “it’s kinda fun, actually” in referencing his drive to translate his excitement to a wider audience.

Glass points to “de-anonymizing” a much wider cohort of its restaurant guests and further advancements enabled through QR codes. With more than 84,000 restaurants on the platform, its total customer count is more than 85 million, which Glass notes is greater than the population of Germany.

Previously, the vast majority of Olo transactions were from anonymous guests, where only part of the Olo stack recognized a given customer. With Borderless, early data shows that has flipped, with 76 percent of transactions being tied back to a known guest.

“The next time they come back they have easier access to their payment credentials, but also their ordering history,” Glass said. “So if you want to order the thing you got last time, click on that order, click on the form of payment, click check out and, instead of having to rebuild the order from scratch and re-enter your credit card details,” users can get to the finish line in a few quick clicks.

Once a plurality of customers is identified across various parts of the Olo network, giving guests a single account that translates regardless of restaurant, Glass says the company’s “grand plan” will begin to emerge.

With a birds-eye view of macro ordering data, Glass agrees with Shake Shack CEO Randy Garutti who believes that “delivery will be the last luxury to go” in this inflationary period. Instead of dining on premises or picking up orders in person, he believes customers are trading down to lower cost items on the menu, but still gravitating toward the convenience of delivery.

That mindset, Glass added, will also fuel fast-casual brands that offer guests the ability to customize their meals, like the Subways and Chipotles of the world.

At a higher level, restaurants have crossed over to being “food at home” because of delivery. If these predictions withstand, Glass said that means his company’s a major player in a trillion-dollar industry that’s grown to more than half of the overall food dollar.

Addressing recent partnerships with autonomous and pilot robot providers like Coco Delivery, Refraction AI and Serve Robotics, Olo believes robotic delivery will truly go mainstream when fleets like Uber, DoorDash and Lyft add such devices to their fleets—rather than restaurants buying their own robots.

Whether it’s delivering medical equipment in Rwanda, known as the “land of a thousand hills,” or schlepping sandwiches in New York, Glass said he’s excited to see what happens when autonomous delivery providers have satisfied the concerns of regulators, which differ depending on the country.

“Guests are ready for this and probably don’t really care if it’s a person or robot or drone delivering their order,” he added. “It’s the wild west, it’s fascinating to watch all of this, and it’s happening all around the world.”