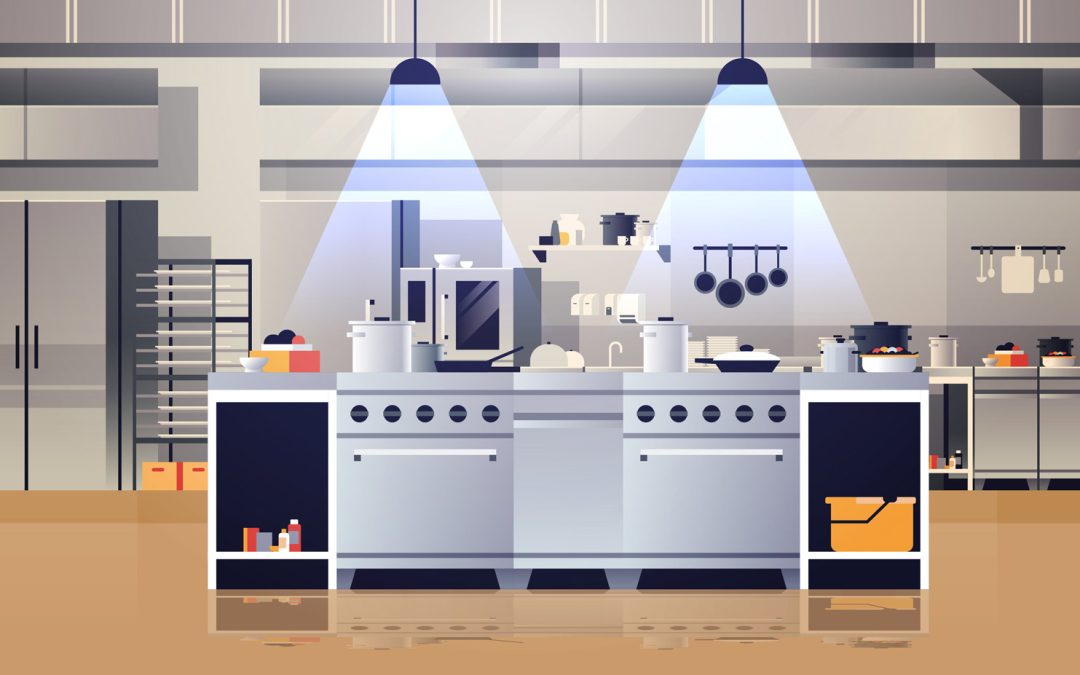 Two restaurant companies are scaling up their ghost kitchens, and they’re taking some slightly different approaches to make ghost operations fit with their brands.

Health-focused WOWorks, the parent company of Saladworks, Frutta Bowls, Garbanzo Mediterranean and The Simple Greek, is rolling out 20 Saladworks locations with Combo Kitchen. Combo Kitchen, itself a franchise, has grown to 170 locations in its first year of business, partnering with franchisees to bring more cuisine types into their restaurants.

These 20 ghost kitchens will be inside WingHouse restaurants in central Florida.

Under the three-way partnership, WingHouse will fulfill Saladworks orders from online or at the brick-and mortar location. That was something WOWorks CEO Kelly Roddy liked about the company.

“They have a little different approach. They’re focused on the ghost kitchen but also the brick and mortar,” said Roddy. “Most of them have street presence and dining rooms.”

That’s something that speaks to his core strategy: getting value-focused and healthy food to food deserts. He wants people to buy from Saladworks, of course, but just getting a salad on the third-party menu is goal No. 1.

“We are trying to give access to healthy food to everyone everywhere,” said Roddy.

It’s a great mission, but a tricky business proposition. He wants to get healthy options to these areas, but it still has to function as a restaurant. Such food deserts are generally not going to have the volume for a traditional salad-focused location. Even prior tests in shared kitchens didn’t work well.

“We did a single kitchen with a brand and it wasn’t busy enough,” said Roddy. “We learned that you can put more products and more brands in the space and it becomes a lot more productive. Then it’s finding the partners who operate well and have the right technology.”

That led him to Combo Kitchen to help with the mission while still making money.

“We made an effort to target those areas either with a store within a store or via a ghost kitchen. Were able to bring healthy food to areas where traditional locations don’t work,” said Roddy.

He said he also appreciates the closeness of the relationship. Everyone is incentivized to push more salads, so there’s active work from all three parties.

“We have calls with them every week, we talk about how do we improve operations and menu mix. There a weekly strategy meeting with them and they take it very seriously,” said Roddy. “We just work on something every week, that makes you better.”

For Qdoba Chief Development Officer Jim Sullivan, the ghost kitchen strategy is all about leveraging the strong brand recognition. The company is a little earlier in the process than WOWorks, and Sullivan said a 25-location push with ghost kitchen giant Reef is a pilot.

If it works, however, he sees potential for 200 to 300 locations. But he’s cautious about how the ghost operations will resonate in markets with a lot of Qdoba locations, entirely new markets and how it will help the brand scale up in under-penetrated markets. The plot is a three-prong approach to see how the ghost kitchens perform in these three different market situations.

“We went in with a three-market pilot to test and learn with Reef before we expand,” said Sullivan, who took over as CDO at Qdoba in June.

The Reef locations will be in Seattle, a heavily-penetrated, corporate-controlled market. They will also go into Austin, where the brand doesn’t have existing restaurants, but a good Mexican fast-casual market.

“Then Atlanta, a market where we have restaurants but are under penetrated, so we want to see how we partner with Reef to raise that level of awareness,” said Sullivan.

Once all the locations are up and running, ideally this year for Sullivan, he can see how things work. He’s measuring a lot, but two things stand out as especially important.

“You got to look at sales, what these vessels are doing. For us, success will also be the guest experience,” said Sullivan. “It’s our food being served at our standards. Success there will be people seeing that this is a Qdoba food and it doesn’t matter where its coming from.”

That’s still a worry for brands looking to scale but worry about a national reputation turning sour. It’s something Sullivan will watch closely once the ghost facilities are up in running, which he expects by the end of the year. Once they’re operating, he said the company will watch closely for about six months to see how things are working.

As the ghost kitchen industry matures, restaurant companies like WOWorks and Qdoba are figuring out exactly the best fit for the brand as more nuanced options come online.